If you have used a computer, then you have probably heard about drivers. However, do you know what a driver is? Moreover, what does it do that makes it so crucial to a computer’s operation? Even if you have an idea of what a driver is and does, do you know the best practice when it comes to updating drivers? Is it best to keep the drivers offered by Windows or install your own drivers? These are all questions for which we give you simple and easy to understand answers in this article:

Drivers are the programs responsible for the proper communication between your operating system (Windows, Linux, macOS, etc.) and your hardware (motherboard, graphics card, sound card, network adapter, hard drives, keyboard and mouse, and so on). 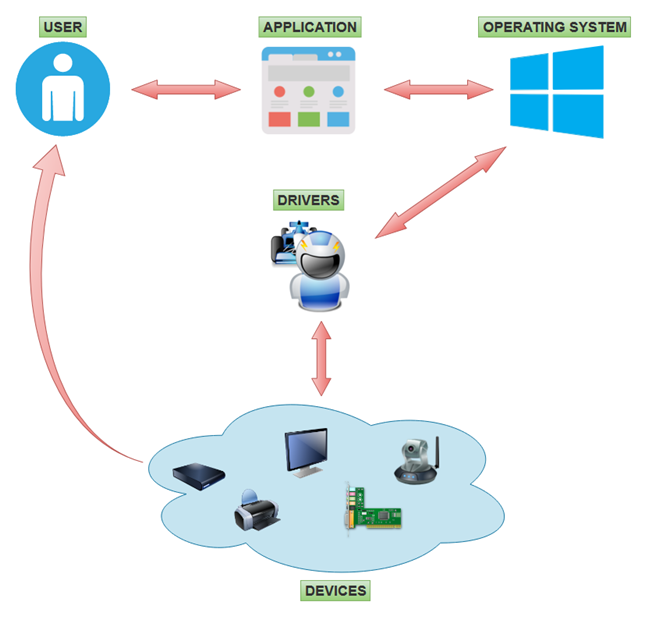 What are drivers? What does a driver do?

What does a driver do?

Let’s start with an example: imagine that you try to play a video on YouTube. You press Play on the video in your web browser. The browser, which is an application, sends your request to the operating system. The operating system knows then that you want to play a video. This means, among other things, that it must buffer the video with the help of the network card, ask the graphics card to display the video, and ask the sound card to play the audio part of the video. The operating system sends all these requests to the drivers associated with the required device: the network card driver knows what data to transfer, the video card knows what to display, and the sound card knows what to play in your speakers 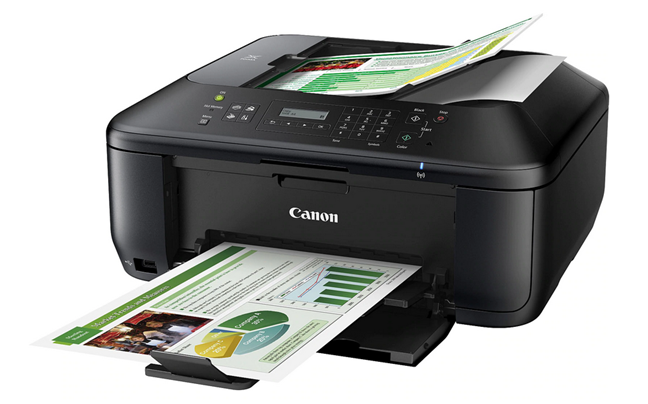 Most computer devices, including printers, need drivers to work

All these are possible because the operating system knows how to ask those devices to do their jobs, using drivers.

Why do you need device drivers?

The answer to this question could not be any more straightforward: you need device drivers to be able to use your devices. As you already know from our earlier “what is a driver” definition, our computer needs drivers to be able to communicate with the devices that are connected to it. Without the right driver, a device is nothing more than a piece of hardware that doesn’t work. This is likely the reason why device drivers are called drivers. 🙂

Where do you find the drivers for your devices?

Usually, most drivers are installed automatically on your operating system. Windows has an extensive library of drivers. When you connect a new device to your Windows computer, the operating system automatically detects it and starts searching for an appropriate driver in its library. If one is found, all you have to do is wait for it to be installed. Sometimes, Windows also asks you to reboot your computer after the driver has been installed so that it can be enabled and used.

If Windows does not have a fitting driver for your new device, it can also use Windows Update to search for a driver online. If Microsoft’s servers have a driver for your device, then you must wait for it to be downloaded and installed. 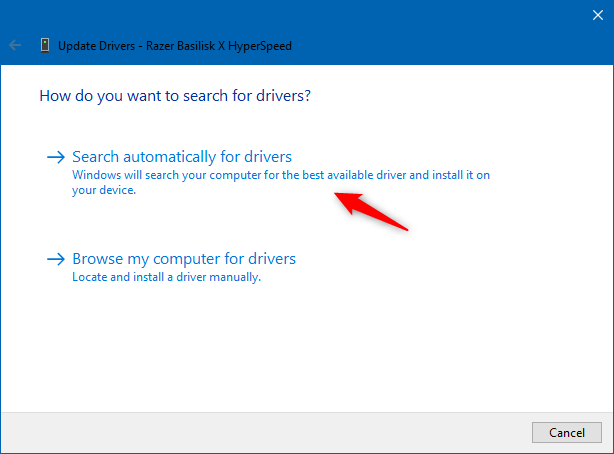 How to update drivers for devices

These are the easy options for finding and installing drivers for your devices in Windows. However, sometimes no driver may be found in Windows’ library or in Microsoft’s Windows Update servers. What can you do if you have that “luck,” or if you want to use a particular driver other than the one installed by Windows? The answer is that you can also find drivers on your device’s manufacturer support website.

Here’s an example involving a video card we own: an AMD Radeon RX 5700. The best place to get a driver for it is the official support page of AMD. Many manufacturers, including AMD, offer a detection tool that automatically identifies and downloads the right drivers for your device. 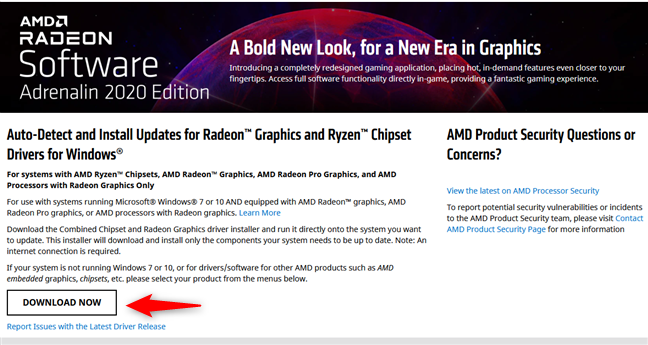 How to find the right driver for a graphics card

However, all manufacturers provide a way to choose the correct driver for your device manually. After you identify your device and select the operating system that you have, you can download the driver. Drivers usually come in the form of an executable file, which you must run and install like any other application. 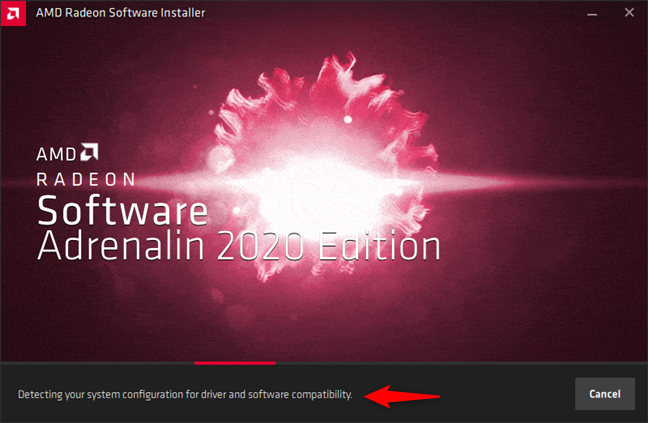 If you need help in finding and installing missing drivers for your devices, we have published a tutorial that covers this subject too. It provides the answer to the “what drivers do I need?” question and instructions for how to install drivers in Windows easily: 7 things you can do with the Device Manager from Windows.

If, on the other hand, one of the drivers doesn’t work correctly and causes crashes or errors, you might want to remove it from your system. For that, here’s how to uninstall drivers from Windows.

Should I update drivers?

Although many people think that the old saying “if it ain't broke, don't fix it” applies to drivers, too, we tend to disagree. Usually, drivers are updated by the hardware manufacturing companies because they:

All the above can be improved and fixed with new versions of drivers. However, there are also times when new drivers are problematic, instead of making things better. For example, some Nvidia drivers can cause the Start Menu to malfunction. Even so, recent drivers are, in most cases, better than older ones.

The good news is that, if you use Windows 10, critical driver updates are automatically downloaded and installed for you. This raises the next question:

What drivers do I need? Should I use Windows’ drivers, or should I install my own?

Usually, the drivers that Windows downloads and installs automatically for your devices are almost guaranteed to work well. They are drivers that have been tested to comply with Microsoft’s requirements and are usually stable, meaning that your computer is unlikely to crash because of them.

However, sometimes, the drivers delivered by Microsoft are also outdated, compared to the drivers available on the support websites of your devices’ manufacturers. As we know by now, newer drivers usually offer more features and better performance for our machines.

We prefer to keep Windows’ default drivers for essential devices such as the network card, the printer, or our webcam. However, when it comes to the drivers used by more complex devices, such as our video cards, we always choose the ones offered by their manufacturers. Those drivers can increase the number of frames per second you get in games, so they are pretty essential for us, as we play a lot on our computers.

Do you have any other questions about drivers?

Now you know what drivers are and what drivers do. You also know where to get drivers for your devices. Are there any other questions about them that you’d like to ask? Do you prefer using the default drivers offered by Windows, or do you choose to install your own manually? Let us know in the comments section.

What is firmware? What does firmware do?

What is BIOS? What does BIOS mean?

How to block Windows updates (2 ways)