Firmware… you've probably heard about it at some point. It sounds like a weird German name, doesn't it? But what is firmware? What is the meaning of this term, and how would you define firmware? What does firmware do? How does firmware work? Surely, its purpose is not just to confuse you. As you will learn in this tutorial, the firmware is critical for hardware devices of all kinds, from smartphones to smart TVs to washing machines and other devices. To clear things out and help you become more knowledgeable on this subject, we explain all the essential things you need to know about firmware in this article. Let's get started:

Firmware is a small piece of software that makes hardware work as its manufacturer intended it to. It consists of programs written by software developers to make hardware devices "tick." Without firmware, most of the electronic devices we use daily wouldn't be able to work. They would not do anything.

For example, did you know that a simple traffic light has firmware on it? Yes, it does, and the firmware is what tells it to change the lights at regular intervals. Without firmware, the traffic light would be just a "stupid" mast, placed on the side of the road, doing nothing except looking bored. What is firmware in the case of less sophisticated hardware devices such as traffic lights, washing machines, card machines, surveillance cameras, and TVs? The firmware is all the software on them, also acting as their operating system and controlling everything about those devices’ functioning. 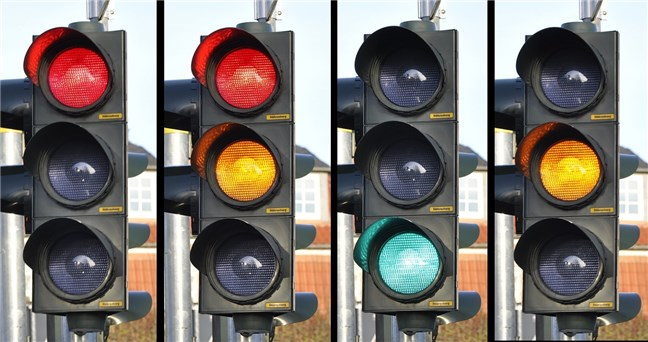 To make things even clearer, let's take another example: a computer motherboard without firmware would not know how to detect the hard drive or the video card found inside your computer. If your hard drives didn't have firmware embedded in them, they wouldn't know how fast to spin or when to stop. A wireless network card wouldn't know how to use a particular radiofrequency for connecting to Wi-Fi. 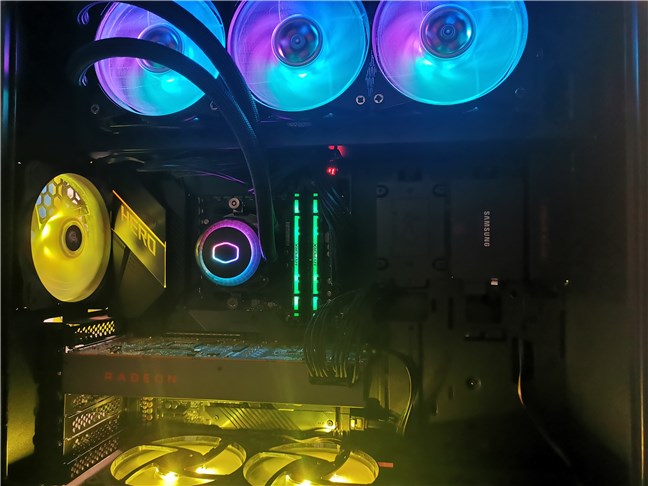 We often tend to think about a hardware device as a device that is just hardware. And we assume that it just works by itself. However, almost none of the modern hardware devices would work without this particular software written directly onto them.

What is firmware in Android?

What is firmware in mobile? How would you define firmware in devices with complex hardware such as smartphones, tablets, smartwatches, or even smart TVs? In this case, a fairly good firmware definition would be this: the firmware is the middleman between the hardware and the operating system. 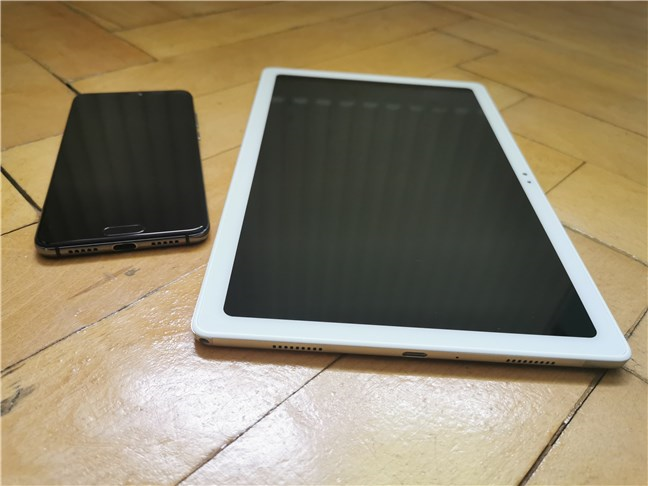 Because of that, we want to explain the technicalities of firmware when referring to smartphones and mobile devices, so that you get things right:

The same goes for smart TVs, tablets, and other mobile devices with Android.

Where is the firmware stored?

We now know the firmware definition and have a better grasp of the meaning of firmware. It’s software written directly into our hardware devices, mandatory for them to power on and start working. But how exactly is it stored on a device? Firmware is usually stored in special types of memory, called flash ROM. ROM is the acronym for Read-Only Memory, and this kind of memory should only be written once, usually by the manufacturer of the hardware that we are using. A ROM memory is needed for any electronic device because it must hold data permanently, even when the device is turned off or when there is a power outage. You can't produce a hardware device that forgets its firmware, as it would cease to function once you pull out its source of energy.

But then again, flash ROM memory is a rewritable ROM memory because, while the hardware manufacturer initially writes it, you can also rewrite it afterward. Of course, you can write new firmware onto a hardware device. However, you can only do it with a proper firmware updating tool specially designed to work for that hardware device.

What types of firmware are there? 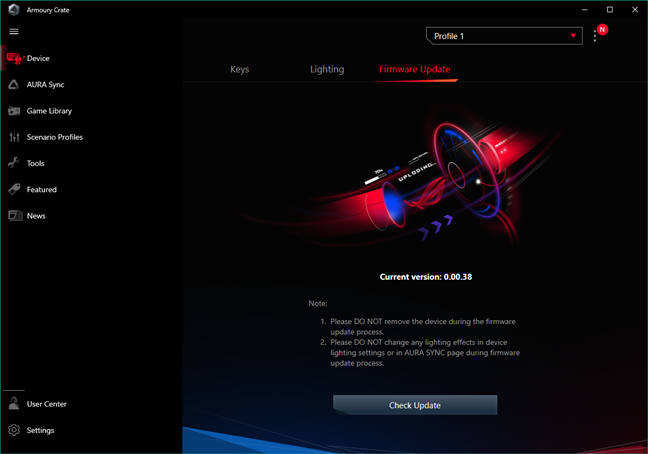 Even keyboards rely on firmware to run

You should remember that firmware exists in most of the devices that do something useful, like your TV, washing machine, the ATMs of your bank, or even in your car. You name the device; it probably wouldn't work without its firmware.

What is the difference between firmware and drivers?

Can you upgrade firmware? What is firmware update?

Many manufacturers release regular updates for the firmware found on their hardware devices. They also provide the necessary software tools to write the new firmware onto those devices. However, each manufacturer can choose whether it releases new firmware for an individual device or not. For instance, most computer parts manufacturers develop and provide customers with new firmware and the corresponding firmware updaters, for at least for a few years after the device was launched. 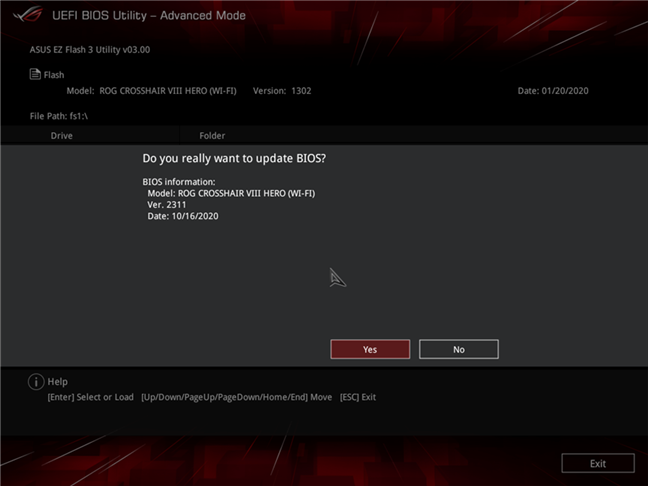 To give you an example, your motherboard’s manufacturer can release new firmware updates when it wants to include new features, support new processors or RAM, or if it solves specific problems with your hardware.

Any manufacturer can choose to deliver new firmware for its devices: a router can receive a firmware update that enhances its stability, a Blu-Ray disc writer can learn how to burn new types of discs, and so on. 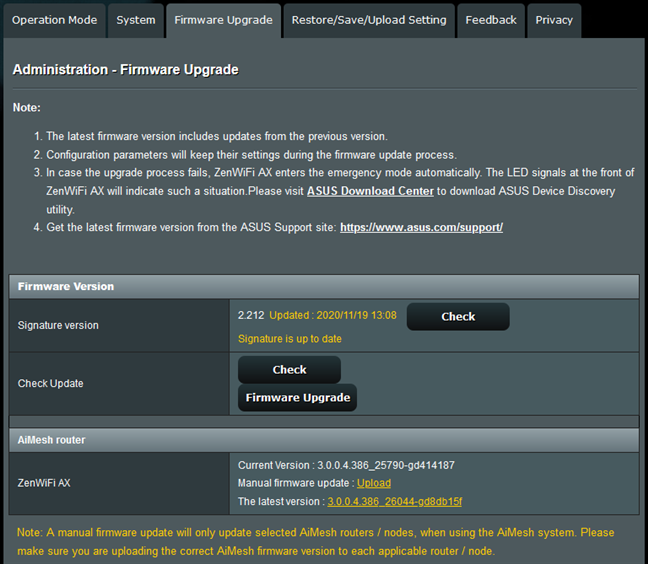 Firmware upgrade for a router

Writing new firmware on your device is a dangerous job and, if done incorrectly, can render your device useless. Forever! Like a brick! That's why some people tell you that you bricked your device: you just ruined its firmware, and it can no longer function as it was intended to.

If you need some help with updating the firmware on your devices, we recommend the following guides:

Do you have any other questions related to “what is firmware”?

And now you know what firmware is, what it does, and where it's found. Was our explanation good enough? Do you understand this concept, and can you define firmware now? Are you still confused by Android “firmware"? Don't hesitate to let us know if you have any other questions regarding what firmware is in the comments section below.

How to enter BIOS in Windows 10

How to uninstall drivers from Windows, in 5 steps