For some, the Volume Mixer was one of the most used features in Windows 10. It was a super fast way of adjusting the sound output volume for each application separately. But Windows 11 brings a substantial change in the way the Volume Mixer works and looks. In this article, we explore the new Windows 11 Volume Mixer, how to access it, its design and its functionality. We’ll start by comparing the Volume Mixer from the previous version of Windows with the new one:

In Windows 10, the volume mixer was a super simple tool for adjusting the output volume of each individual app and for changing the sound output device. You would access it by right-clicking on the volume button in the taskbar and then choosing Volume Mixer. The result was this simple window with sliders: 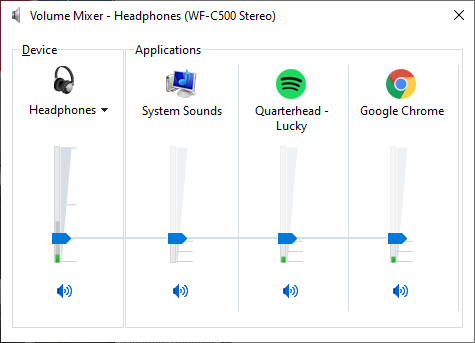 The Volume Mixer in Windows 10

Perform the same action in Windows 11, and this appears instead: 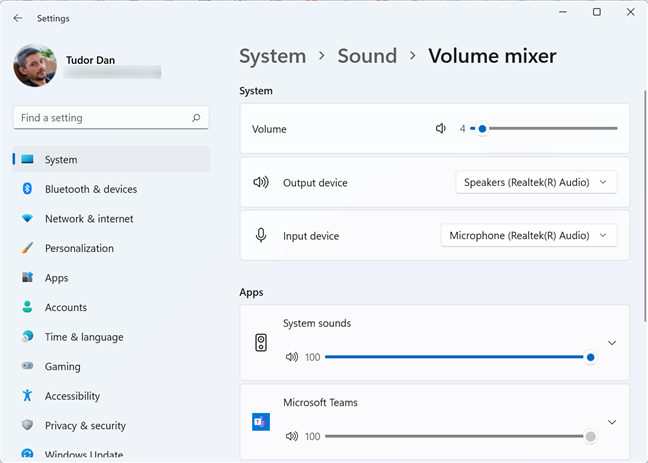 The Volume Mixer in Windows 11

Our reaction when we first opened it was “wait, what? This is not the Volume Mixer!” And we bet you were surprised as well. The new Windows 11 Volume mixer is now a part of the Settings app. It has greater functionality than the Volume Mixer in Windows 10, but it loads more slowly, it’s more complicated and, well, larger. Next, let’s see a few ways to access it.

The easiest way to access the Volume Mixer in Windows 11 is the one briefly mentioned above: locate the Volume icon on your taskbar and right-click on it (or tap and hold on a touch screen). This opens a context menu. Click or tap “Open the volume mixer”. 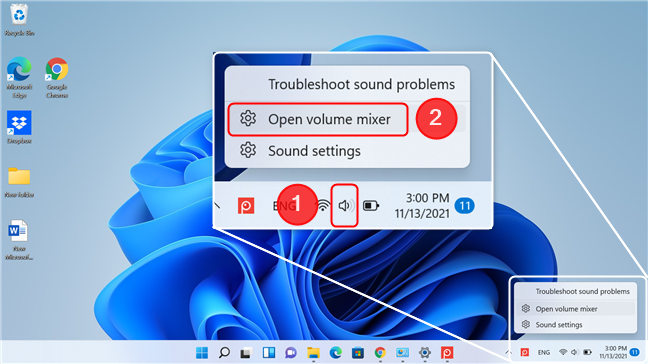 Accessing the Volume Mixer from the taskbar in Windows 11

If you prefer the longer way, you can open the Volume Mixer via the Settings app. Open Settings by pressing Windows + I on your keyboard, then locate and click on Sounds, in the System section. 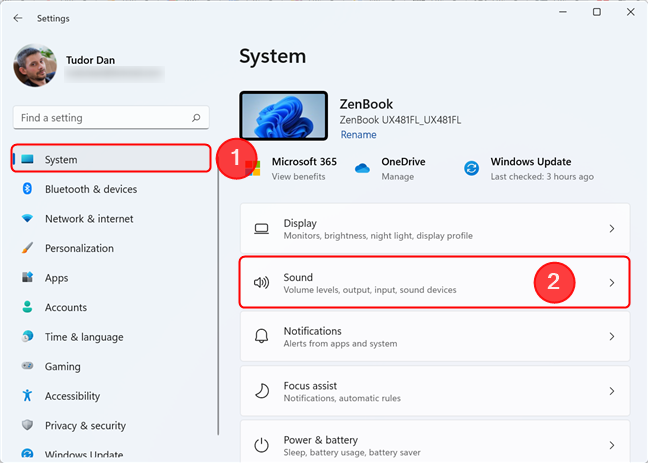 Click on Sound in the System section of the Settings app 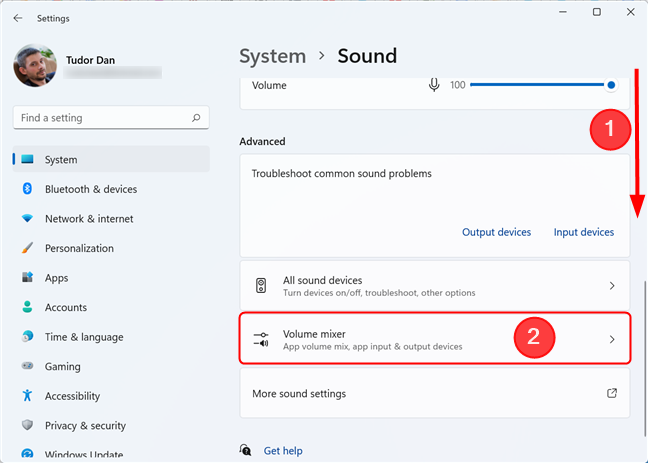 Finally, the third way to access Volume Mixer is from the Start Menu. Just open the Start Menu and type “mixer”, then select “Sound mixer options” in the results list. 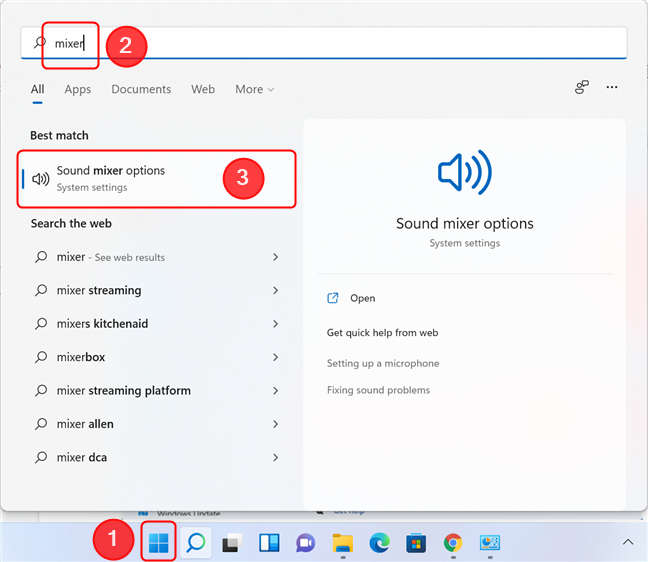 Accessing the Volume Mixer from the Start Menu

Now that we’ve opened the Volume Mixer, let’s explore its design and functions.

How to use the new Volume Mixer in Windows 11

Since the Volume Mixer is part of the Settings app, it follows the same design rules, including fonts, spacing, and overall color scheme. The page has two main sections, System and Apps. 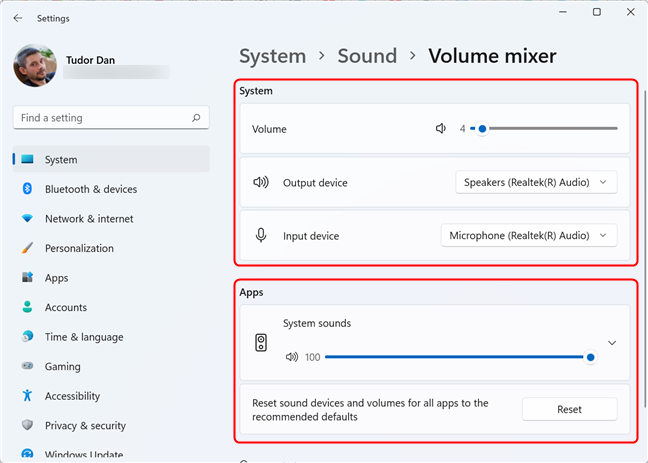 The main sections of the Volume Mixer

The System section allows you to change the global sound output volume, as well as change the default sound input and output devices. To change the volume, simply drag the volume knob. To change the output or input device, click on the button next to the corresponding setting, then select the new device. The setting is applied instantly.

Adjusting the settings in the System section

The next section, Apps, shows a list of all the applications that are currently playing sounds. You can change the volume just like you do for the global volume, by dragging the volume knob. You can also change the input and output devices for each application. To do this, click on the app you want to modify (anywhere but on the volume bar). In our example, we clicked on Google Chrome. In the drop-down list that appears, click on the button next to Output device or Input device, then select the speakers or microphone you want the application to use. 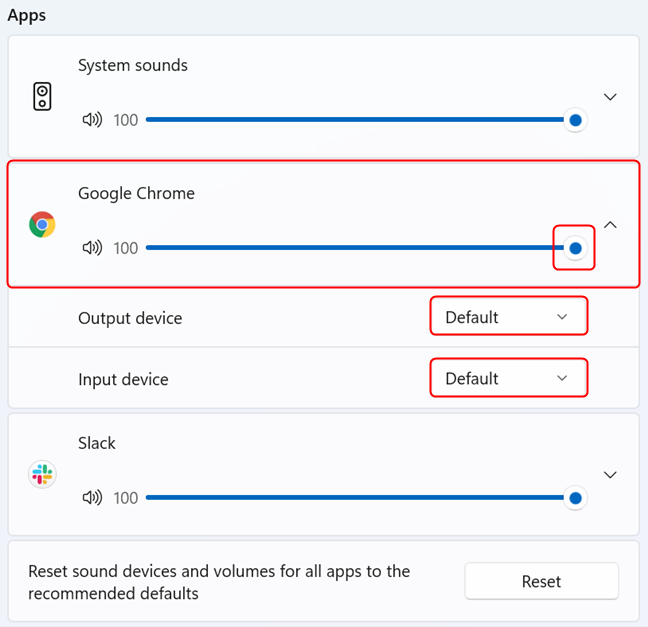 Changing sound settings for each app in Volume Mixer

If you want to reset the sound devices for all apps at once, click on the Reset button located after the app list. Doing this reverts all apps to using the devices set in the System section. 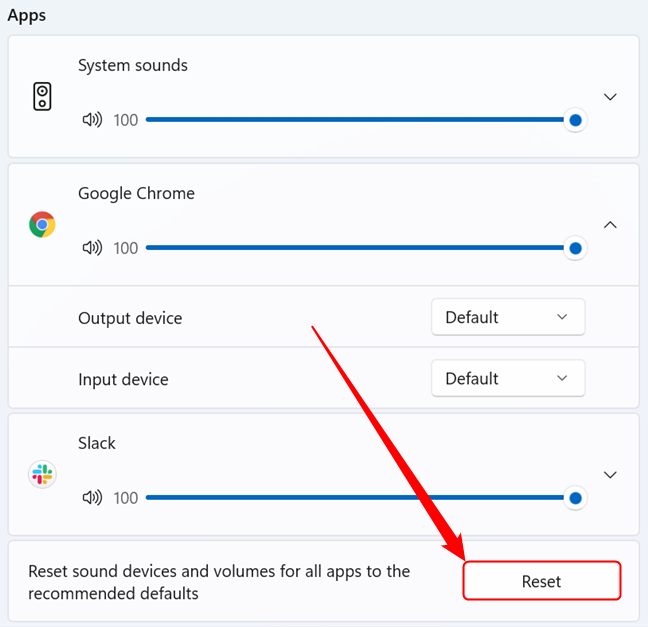 Reset the sound settings for all apps in the Volume Mixer

Finally, at the bottom of the page, you have several support links. One is Get help, which lets you contact Customer Support and gives you several troubleshooting tools, and the other is Give feedback, which allows you to submit bug reports. 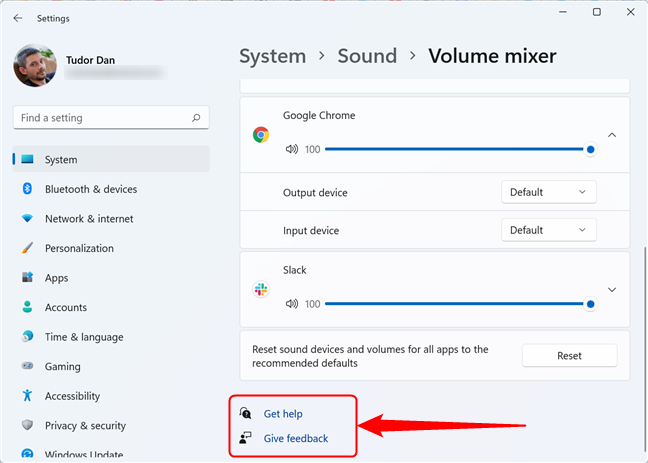 The support section of the Volume Mixer

Do you like the new Volume Mixer in Windows 11?

The new Volume Mixer brings improved functionality at the cost of ease of use. It’s one of the controversial changes in Windows 11, along with the new right-click menu and the Start Menu. We think that Microsoft shouldn’t have removed the quick access to the traditional Volume Mixer (which is still available in Windows 11), but we’d love to know your opinion on the matter. Do you enjoy the new Volume Mixer? Do you prefer the old one? Let us know in the comments.

9 ways to turn the Windows volume up or down

How to access the old Volume Mixer in Windows 11

5 things you can do with the Windows Clock app