Microsoft imposes strict system requirements for Windows 11, which means that many people won’t be able to install or upgrade their computers. Besides what we’d call normal requirements for a new operating system, such as processor speed, RAM, or storage amount, Windows 11 also has a series of demands that are downright prohibitive. Among them, the most disconcerting are the fact that your PC needs to have a TPM 2.0 (Trusted Platform Module version 2.0) chip and that its processor must be at least a 2nd Generation AMD Ryzen or an 8th Generation Intel (or one of a few select Intel Core 7th Gen processors). It’s easy to say that you require all that on paper, but in the real world, there are lots of slightly older computers that have all the required power to run Windows 11, but they simply don’t have TPM 2.0 or one of the supported processors. Trust me: I have an older laptop with an Intel Core i7 7700HQ processor that runs great and even has a TPM 2.0 chip on it. It would have no problem running Windows 11, but Microsoft doesn’t let me. I’m pretty sure that many people are in the exact same situation, and that sucks! 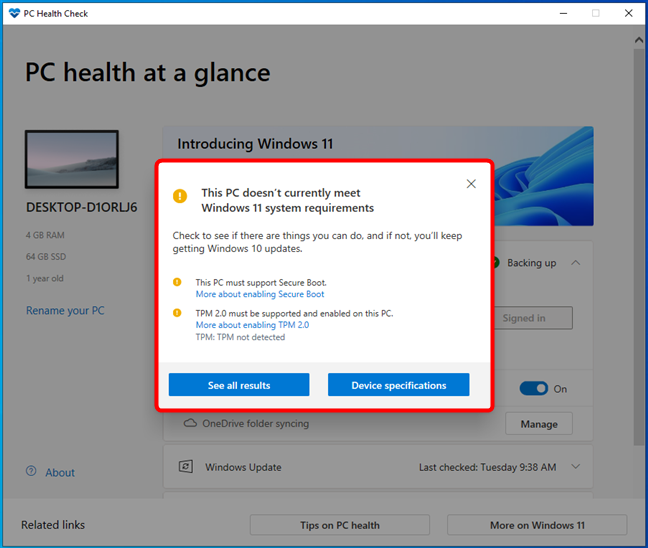 Windows 11’s taskbar looks nice with its centered icons and Start Menu, but it feels like a downgrade from Windows 10 in every other way. Windows 11’s taskbar can’t be moved or resized, it can’t be set to show smaller icons, you can’t ungroup the buttons on it, and it doesn’t show the time on secondary monitors. These are things that you can do with the taskbar from Windows 10, but you can’t do in Windows 11, and that’s another reason why Windows 11 sucks. 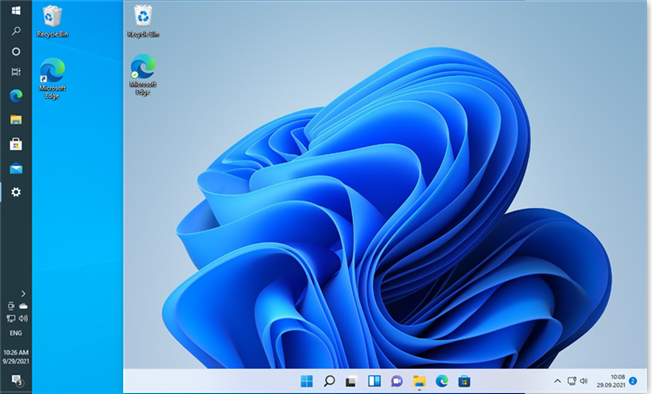 Likewise, Windows 11’s Start Menu feels like a downgrade from previous Windows versions. Microsoft tried to make it simpler and more focused on what people really use. Unfortunately, they kind of failed. The Windows 11 Start Menu looks a bit more like a smartphone’s home screen, but it’s nowhere near as useful. The live tiles are gone and replaced with simple icons, which is OK except for the fact that I actually liked the live tiles of some Windows 10 apps, like Weather, Mail, or Calendar. Don’t you miss them too?

Furthermore, instead of having something useful in its bottom section, Windows 11’s Start Menu only gives you a few apps and files you recently used. In theory, it might be a good thing, but in practice, I have yet to find how this could be useful to me in any way. I’ve never found the documents I wanted to edit in this recommendations list. The apps I regularly use are already in the Pinned section, which makes the Recommended area of the Start Menu pointless for me and others too, I bet. 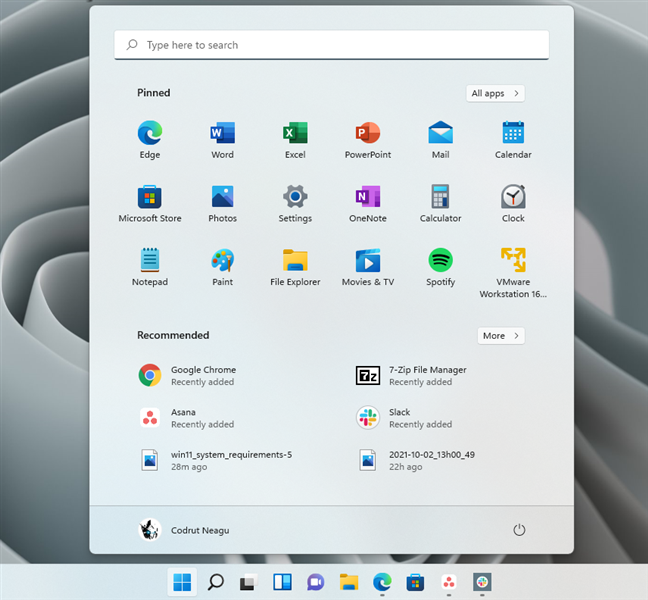 Another issue is that if you configure the Recommended section to not show anything, it doesn’t disappear to leave room for other sections, and you get a Start Menu that’s half empty. That’s not a good design choice in our opinion.

4. Setting the default browser in Windows 11 is difficult

Another reason why Windows 11 sucks is the confusing way of setting the default web browser. Microsoft has a long history of attempting to make us all use its Edge web browser. It’s a good browser, to be honest, and it keeps on getting better by the day. But that doesn’t mean that we shouldn’t have an easy option to switch to any other browser we prefer. I mean, what if you like Google Chrome and you got so used to it that you don’t even want to hear about anything else? Or what if you hate the fact that Chromium-based browsers are dominating the web sphere, and you’d rather use Firefox to keep the internet in balance? Well, the bad news is that Windows 11 requires you to set the default browser by changing the default app for specific file types and link types (HTTPS and HTTP). 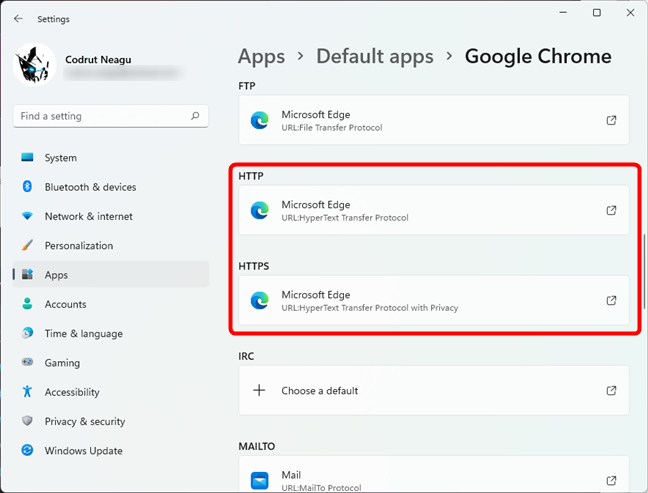 How to change the default browser in Windows 11

That’s nowhere near as straightforward as choosing the default browser with a single click in Windows 10. If that’s not a reason to hate Windows 11, I don’t know what it is.

5. Offline local accounts are not available for Windows 11 Home

Are you a fan of cloud services, online accounts, and syncing everything you can on your Windows devices? If you are, then you probably don’t mind using a Microsoft account on each and every Windows 11 computer or device you own. However, if you’re not, or if you intend to use Windows 11 on a PC that’s not connected to the internet, here’s a reason why Windows 11 sucks: you can’t install its Home edition without a Microsoft account or an internet connection. Isn’t that great? 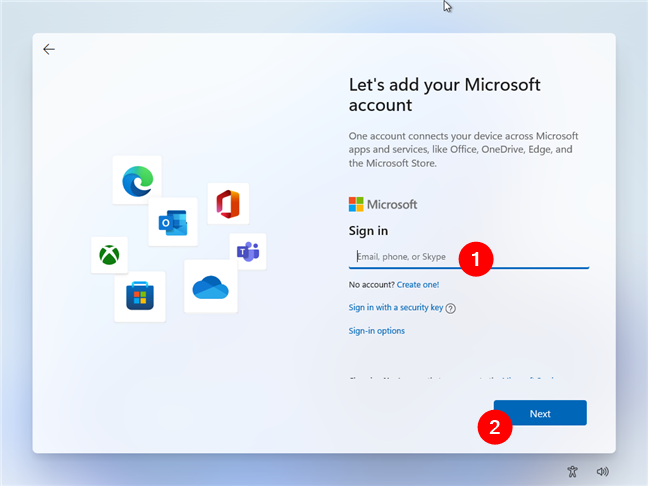 Only Windows 11 Pro and above can be used with local offline accounts. That’s a bummer and an unnecessary restriction on Microsoft’s part, one that we presume the company imposes only to force people to create Microsoft accounts.

There are things in Windows 11 that are not as straightforward to get to as they are in Windows 10. It might not be a big issue, but it’s an annoying one for some. Take, for example, the way you connect to a Wi-Fi network: in Windows 10, you click/tap on the Wi-Fi button from the system tray, and you get to see the list of available wireless networks. Then, you simply choose the one you want to connect to. In Windows 11, you use the same network button from the system tray, but to get to the Wi-Fi list, you must additionally press the small arrow button next to the Wi-Fi one. Or, as another example, in Windows 10, if you click or tap on the desktop or on a file, you get a contextual menu with options to choose from. But no, in Windows 11, doing the same thing only gives you a few options, and to see them all, you have to make another click/tap on Show more options. So instead of one click, there are two clicks you have to do, and that’s another reason why Windows 11 is less pleasant to use compared to Windows 10. 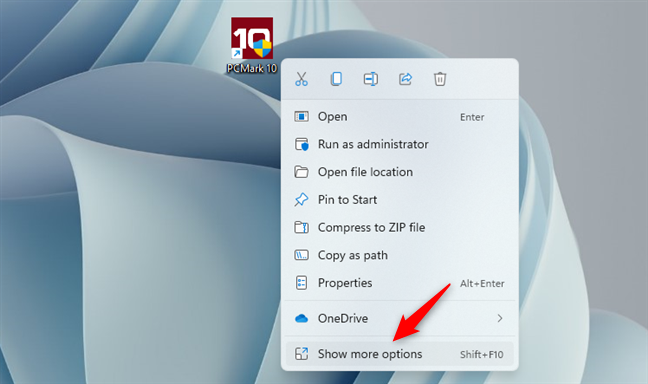 TIP: You may want to know how to access and restore the old right-click menu in Windows 11.

7. The Settings app still doesn’t include everything in the old Control Panel

Do you remember when Windows 10 was launched? It was on July 29, 2015. That was the starting date for the touch-friendly Settings app that was and is still struggling to replace the old Control Panel. Up until now, Microsoft still hasn’t managed to finish migrating all the tools and settings in Windows 10’s Settings app. And the bad news is that Windows 11 is just as bad in this aspect. While the Settings app in Windows 11 is more streamlined and better in many aspects than the one in Windows 10, it still doesn’t have all the things found in the Control Panel. In other words, Control Panel is still a thing in Windows 11, an operating system that’s as new and modern as it gets! Not something we expected from it, and definitely not something that we would have thought we’d say 6 years after we first saw the Settings app. 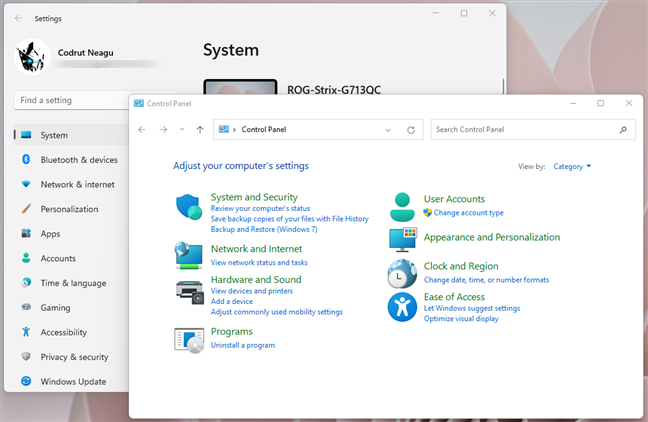 In your opinion, why does Windows 11 receive so much hate?

These are the things we don’t like in Windows 11 and which we believe could be improved. We hope Microsoft will act on it as soon as possible, so that this truly can become the modern operating system it wants to be. Before you go, tell us: What are the things you dislike about Windows 11? Let us know in the comments section below.

How to downgrade Windows 11 and roll back to Windows 10

How to install Windows 11 on a virtual machine

How to disable ads in Windows 11