Task Manager is a great tool that helps you manage the way apps, processes, and services run on your Windows PC. Before you can work with the Task Manager, you should first know how to open it. In this guide, we show you different ways of running it, whether you use Windows 11 or Windows 10. The list includes thirteen ways to start the Task Manager, so let’s get started:

TIP: We have lots of articles regarding Task Manager and its functions. Simply click here to browse through them.

The fastest way to open Task Manager, both in Windows 11 and in Windows 10, is to simultaneously press the Ctrl + Shift + Esc keys on your keyboard.

Press the Ctrl + Shift + Esc keys on your keyboard

Another way to open Task Manager in Windows is to press Ctrl + Alt + Del on your keyboard. This keyboard shortcut displays a screen with several different shortcuts. Among them, you get a shortcut for Task Manager. Click or tap on Task Manager to open it. 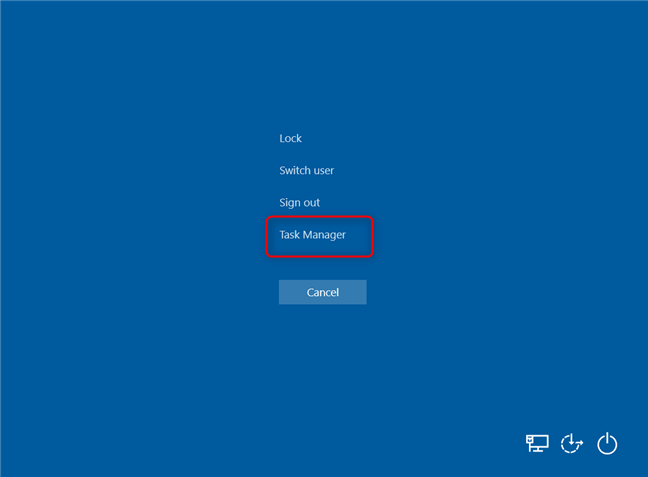 Both Windows 10 and Windows 11 have a “Power user” menu called WinX which has lots of useful shortcuts. One of them is a Task Manager shortcut.

4. In Windows 10, use the Start Menu to open the Task Manager 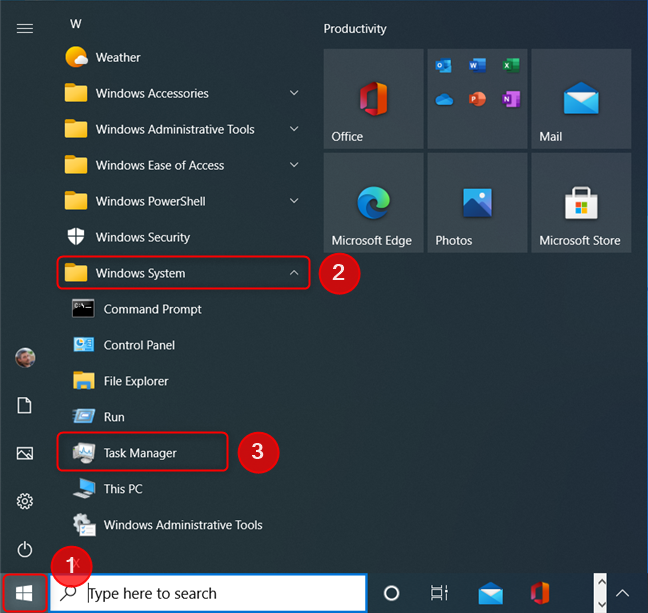 The Task Manager shortcut from the Windows 10 Start Menu

In Windows 11, you can start Task Manager by opening Windows Tools. One way to do this is by opening the Start Menu, then pressing All Apps. 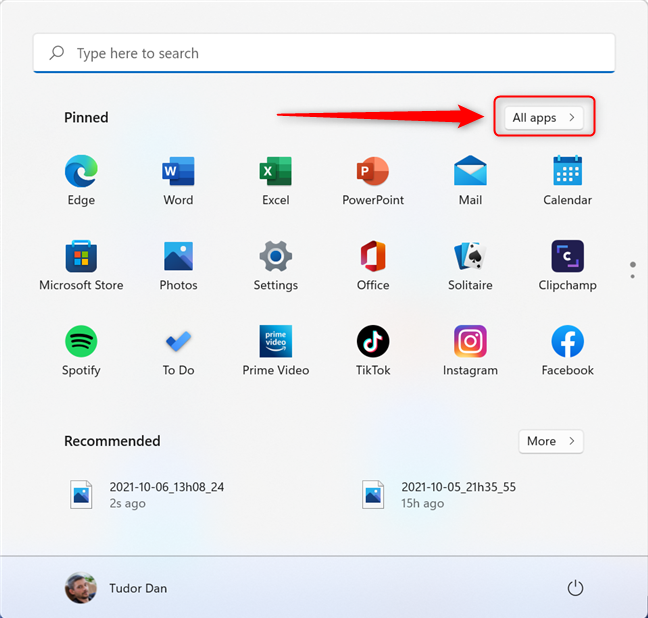 Click or tapp on All apps in the Start Menu

Next, scroll down and look for Windows Tools. Click on it to open a window with various useful links. 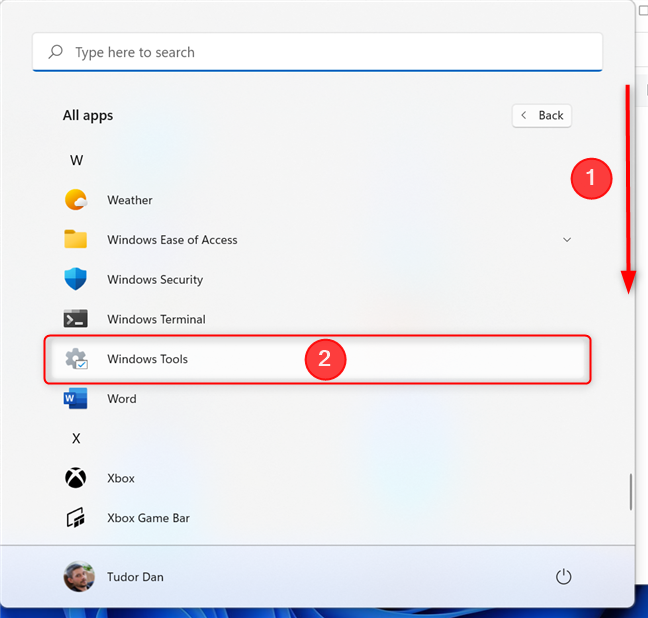 Scroll down to Windows Tools and click on it

One of the shortcuts in the Windows Tools folder is Task Manager. Scroll down until you find it and then double click or tap on the icon. 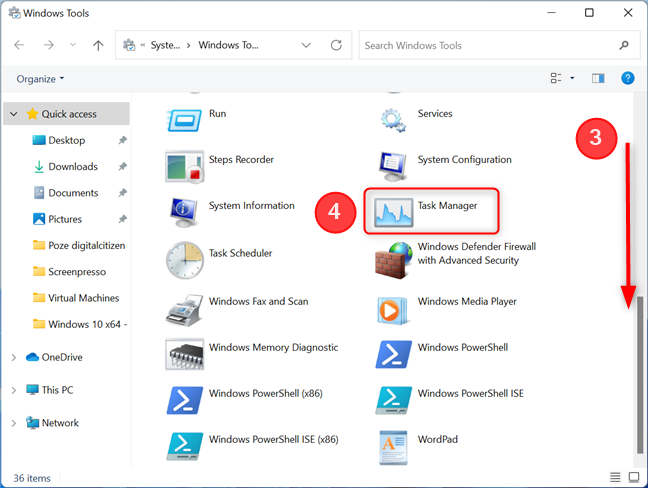 If you’re nostalgic and still like to use the Control Panel, there is a simple way to start Task Manager using the Search function. Go ahead and open Control Panel (for example by pressing Windows + R, typing “control” and then pressing Enter). Then, enter “task manager” in the search box located in the upper right corner of the Control Panel window. Once the search results are shown, click or tap on the Task Manager or “View system resource usage in Task Manager” links under System. 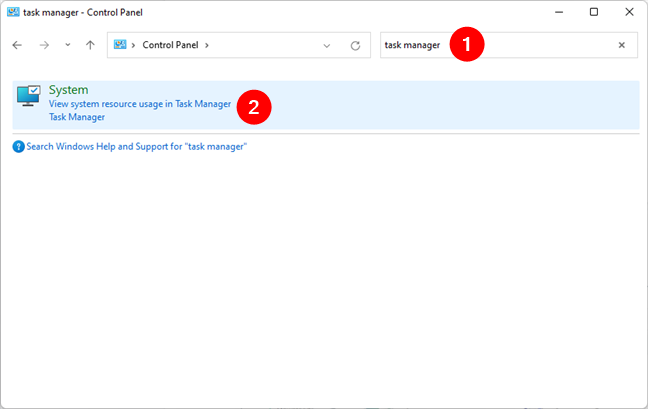 7. Use the search function to start the Task Manager

You can also search for the Task Manager in order to launch it. Just click or tap the Start button in the taskbar or press the Windows key on your keyboard, then type task manager. After a short while, Windows begins displaying the search results. The first one should be the Task Manager. Click or tap on it or press Enter. 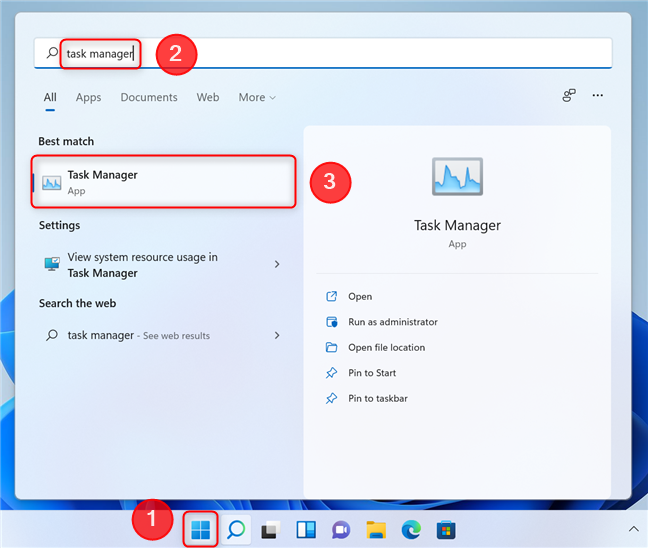 Using search in the Start menu to open Task Manager

You can also open Task Manager using its executable, which is called Taskmgr.exe. You can find it in the “C:\Windows\System32” folder (where C: is the drive where Windows is installed). 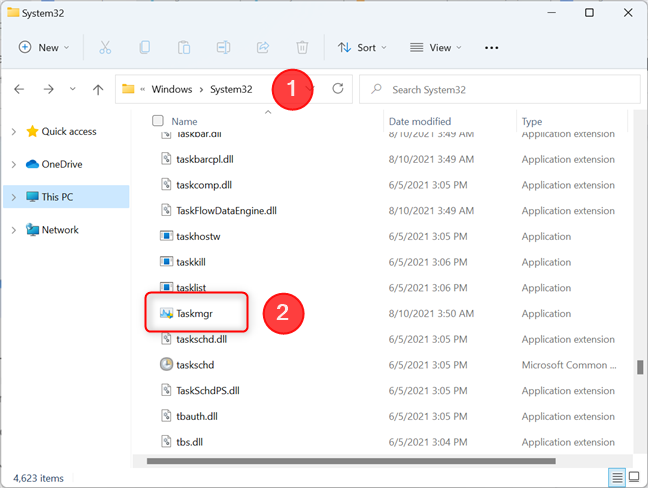 The Taskmgr.exe file is found in the System32 folder from Windows

9. Use a desktop shortcut for Task Manager

You can create a shortcut for Task Manager, or you can download this shortcut that we have created for you and copy it to your Desktop. Then, simply tap or double-click on it to run Task Manager. 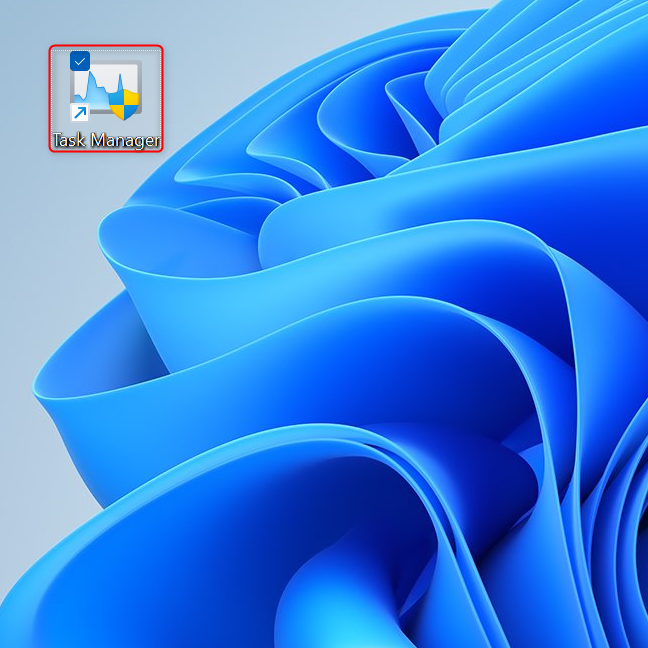 10. Use the taskbar right-click menu to start the Task Manager in Windows 10

If you’re running Windows 10, right-click or press and hold on an empty space on the taskbar. This opens a menu that includes options for customizing the taskbar, as well as a shortcut for Task Manager. Just click on it, and the Task Manager should start. 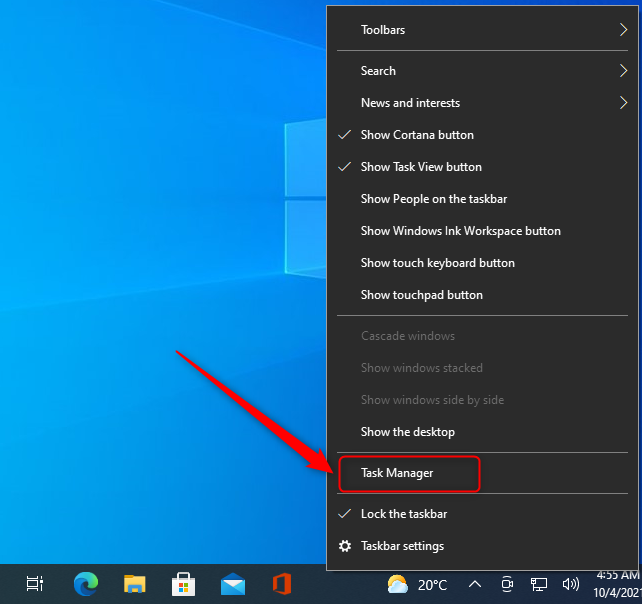 NOTE: The taskbar right-click menu has been removed in Windows 11, and it’s one of the things we don’t like about this new operating system. 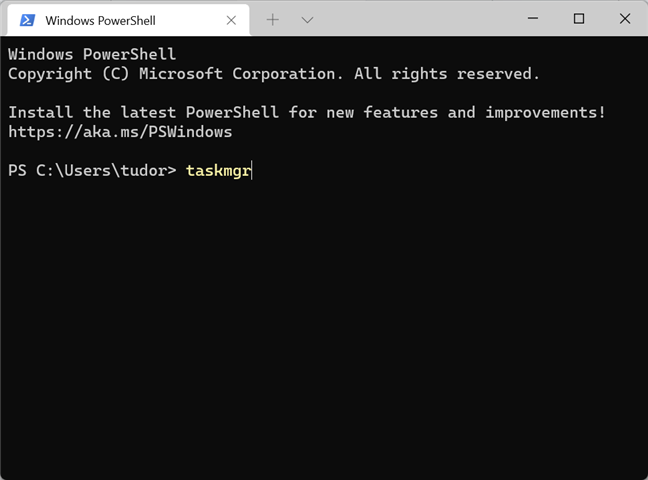 TIP: Here’s how to get the Windows Terminal in Windows 10.

12. Run the taskmgr command in the Run window

A relatively fast way of launching the Task Manager is to use the Run window. Simultaneously press the Win + R keys on your keyboard and then enter the command taskmgr. Press Enter or click/tap on OK, and Task Manager should open. 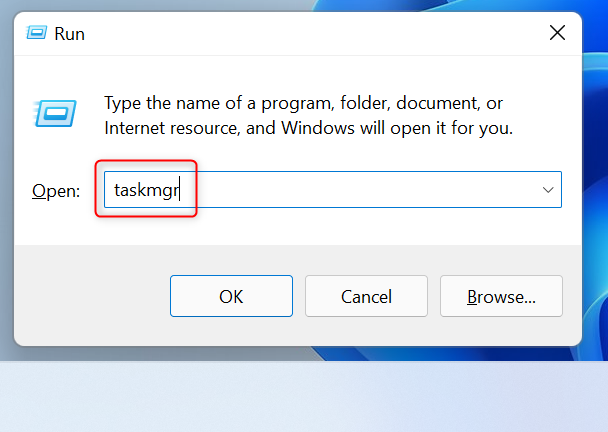 Running the taskmgr command in the Run window

A similar method of opening the Task Manager is for you to use File Explorer’s built-in command running feature. Open File Explorer, type the command taskmgr in its address bar and then press the Enter key. 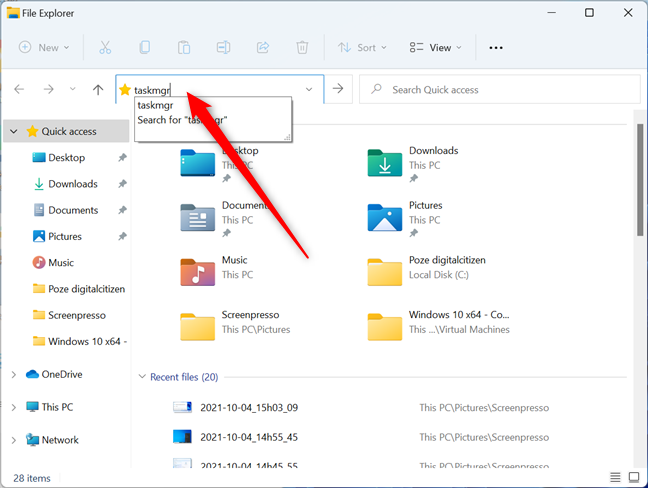 How do you open the Task Manager?

The Task Manager is a powerful tool that allows you to manage different features of the applications, processes, and services running on your computer. Knowing different ways to open Task Manager in Windows 10 and Windows 11 can prove useful in many situations. Before you close this tab, tell us your favorite method for opening this app. Do you know any others? Comment below and let’s discuss.

How to identify the Windows 10 apps that hog system resources