While surfing the internet, you may have stumbled on the term Telnet. Some people might have made fun of it, while others may have had fun with it. Others may still use it because they are nostalgic and they love the good old days of technology. For those of you who don't know what Telnet is and its “relevance” on the modern internet, read this article. We share a bit of Telnet history, the security implications of using it, and some modern-day uses for this old-timer of the internet:

What would be an easy-to-understand Telnet definition? Well, Telnet is a simple text-based network protocol. Telnet was and is still used by some people to access remote computers over TCP/IP networks, like the internet. Telnet was created and launched in 1969, and, historically speaking, you can say that it was the first internet.

In the old days, you had to physically walk to a server in order to access its data. This meant, among other things, that you had to spend some time arriving at the server's location, and then you had to wait for your turn to work with the server. Even if the server had the hardware power to do multiple things simultaneously, you were blocked from using it at its full capacity, and you had to wait for others to finish their work first. In many circumstances, you couldn't even touch the actual server. Instead, you had to hand your card stack to an attendant and come back later for your printout. 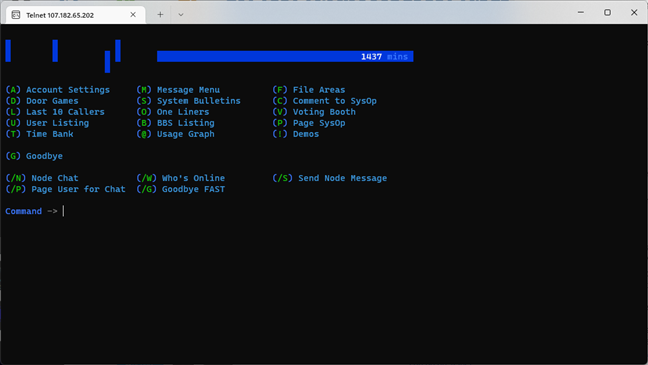 A Telnet connection made in Windows 11

Telnet brought extraordinary change. Using it meant you could simultaneously connect multiple users to a single server. In order to connect to the server, people only needed access to a terminal, which could be the simplest and cheapest computer available. This computer didn't need powerful hardware; it only required a network connection and a text-based interface. Basically, their Telnet Client was like a Command Prompt that people could use in order to work with their servers. This brought a huge boost in productivity.

Depending on the version of Windows you use, there are two Telnet related features you can install:

If you install this feature, you will be able to configure your Windows computer to run as a Telnet server. This means that your computer will listen for incoming connections and allow others to use it. If you're not beneath a firewall and you have a public IP address, anyone in the world will be able to remote control your computer using a Telnet Client.

Unfortunately, you can install the Telnet Server feature only in older Microsoft operating systems like Windows 7 or Windows XP. If you’re using Windows 10 or Windows 11, Telnet Server has been removed and can’t be installed.

Telnet Client enables you to connect through Telnet to any server of this type, using just a Command Prompt window. If you want, you can learn more about the Telnet Client in this article: How to install and use Telnet in Windows. 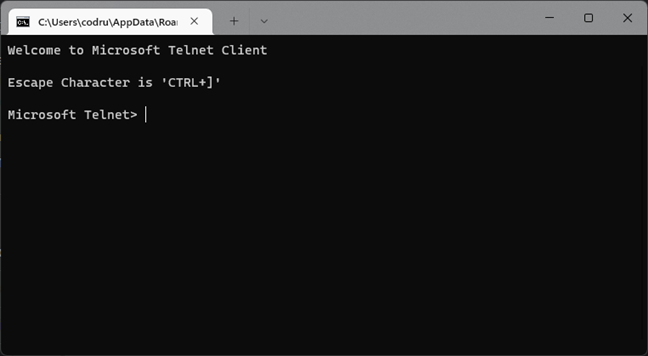 TIP: You can also find out more about all the Windows Features that can be added or removed from this guide: How to add or remove Windows 10 features or components. Although we wrote it for Windows 10, the information shared also applies to Windows 11.

Telnet is NOT secure. The security implications of using Telnet

Even if Telnet was great when it was invented, and it revolutionized the use of technology, it does have some flaws. The worst of them is that it is not secure! Telnet sends and receives data only in plaintext, without any kind of encryption. This means that whenever you connect to a Telnet server, your personal data like your username and password will be transmitted as clear text. Anyone who knows how to use an application for sniffing network connections will see all the data being transmitted.

Basically, anyone trying to use Telnet for serious things like transferring valuable information or administering business servers is just plain crazy. When this protocol was invented, we did not have high-bandwidth internet, lots of hackers, malware creators, and so on. It was first used by institutions with closed networks that were giving controlled access via Telnet to their servers. At that time, encryption was not on the list of anyone's needs.

But today, Telnet is the most insecure protocol that you can use for transferring data.

Why is Telnet still used?

Now that you know a bit of history about Telnet and you know that it is a very insecure protocol, let's share some real-life uses that are still valid for Telnet here and now: 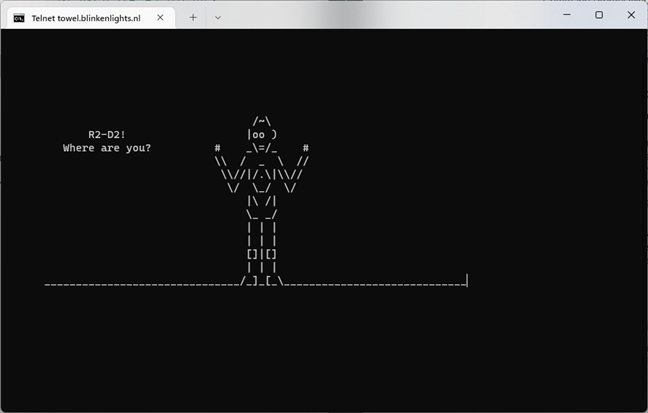 Fun on Telnet in the 21st century

Why do you think Telnet is still supported and used?

We hope that you have enjoyed reading about Telnet - this protocol that's like a living dinosaur in a world that has changed a lot since its birth. We did enjoy learning more about it, playing with it, and writing about it. What’s your opinion about it? Why do people still use Telnet? If you know other useful things you can do with Telnet on today's internet, don't hesitate to share them with us. We're curious to learn why some people still like it.

What is a file's metadata and how to edit it in Windows?

How do I get the Windows Subsystem for Linux?

Simple Questions: What is a proxy server and what does it mean?