WiFi? You know that and use it every day. Bluetooth? You know that too and also use it quite often. What if you could combine all the best features of the two? Well, it turns out you can, and that’s WiFi Direct. Do you want to know more about what WiFi Direct is, and what’s the difference between WiFi and WiFi Direct? Are you wondering whether you can use WiFi Direct to connect to the internet or whether WiFi Direct is the same as WPS? Look no more, as in this tutorial, we’re going to explain to you what the WiFi Direct technology is and how WiFi Direct works:

What is WiFi Direct?

WiFi Direct is a technology that allows devices such as computers or smartphones to connect directly to each other wirelessly. WiFi Direct enables devices to establish direct communication using radio and makes it easy and simple to transfer files at fast speeds, print, play games, or even display video content on other devices. WiFi Direct can be used for connecting basically anything wirelessly, without the need to connect your devices to a traditional wireless network.

To get a better understanding of what WiFi Direct is, here’s a presentation video made by Wi-Fi Alliance, the entity that created and certifies Wi-Fi and Wi-Fi Direct:

What is the difference between WiFi and WiFi Direct?

Before WiFi Direct, there was “regular” WiFi. You have probably heard about this thing called WiFi (or Wi-Fi, whichever you like, there is really no rule on which one to use), and you probably use it quite a lot, maybe even now. WiFi is a wireless communication technology with lots of uses, but it is most widely used for accessing the internet.

An everyday user’s most common way of meeting WiFi is by connecting to a wireless router and accessing the internet through this device. The WiFi router is a physical device that creates an access point (AP), which you can see on your smartphone or computer when you’re looking for a network to connect to. You select the one you want, enter a password if required, and tada, you’re all set to access the web. 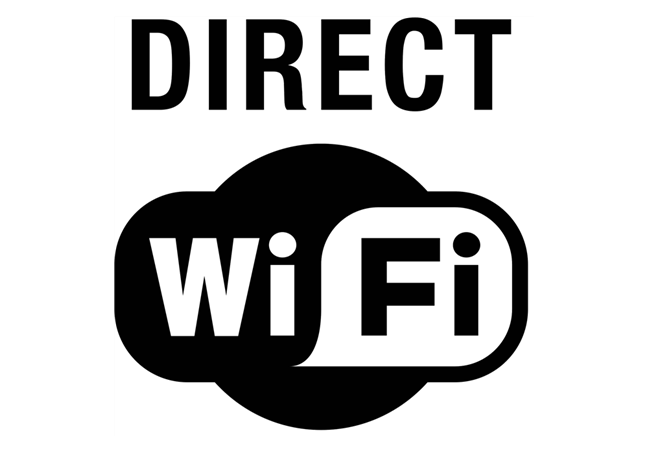 But there are cases when you don’t need any internet, just want to connect two devices and share some data between them, like send a file, print something on a printer, or play a game with a friend while hiking. Yes, we know, the latter is hardly a good example, although you might want to do that in the evening before sleeping in a camping. 🙂 But guess what, we already know that there is a technology just for that: WiFi Direct!

So, to put it shortly, the main differences between Wi-Fi Direct and WiFi are that:

What is the difference between WiFi Direct and Bluetooth?

The need to wirelessly send data to nearby devices without using other hardware is not a new thing. One of the first and most widespread solutions was Bluetooth, which has been around since 1998. Bluetooth is awesome for connecting peripherals to a computer (like mice or keyboards) or using a wireless headset, as these don’t require fast data transfers. Bluetooth is not a fast technology, and setting it up is not hassle-free either.

WiFi is different: it has high speeds, and it’s much easier to configure. As WiFi Direct is built upon “regular” WiFi, it has the same advantages: WiFi Direct offers much faster speeds and wireless coverage than Bluetooth can ever deliver.

How does WiFi Direct work?

When developing the WiFi Direct standard, the main ideas were quite simple: make it easy to set up, have it support all kinds of services, and make it just as fast as any other WiFi connection. The second and third are self-explanatory since WiFi Direct is based on “regular” WiFi, so it doesn’t have any drawbacks.

The way WiFi Direct works is rather simple: one device discovers the other just like it would discover a wireless network, enter a password or push a WPS button and voilá, the devices are connected. No need to set up visibility, match long numeric codes or put up with any of the problems Bluetooth has. And to top it all, only one of the devices has to be compatible with WiFi Direct.

Essentially, when you connect two devices via WiFi Direct, one of them creates an access point similar to a router, and the other device connects to it. You don’t have to do it manually; it’s all automatic. The available features vary, depending on what kind of devices are connected: you can print to a wireless printer, send pictures to a digital picture frame, send files from a phone to a computer, or play music or movies on a TV from a music player or phone. There are quite a lot of possibilities.

Oh, and about passwords: you can forget about them. WiFi Direct relies on WiFi Protected Setup (WPS), which is a simple way to connect two devices via WiFi securely. Just like with modern routers, you only have to enter a number displayed on the screen or press a button, and the devices connect.

The first big company to support WiFi Direct was Intel: they introduced the new standard on their Centrino 2 platform back in 2008. Two years later, other big players of the networking industry followed: Marvell, Atheros, Broadcom, Ralink, and Realtek all launched their first WiFi Direct-enabled products in October 2010 – your computer’s WiFi card is likely made by one of these manufacturers. That means that if you have a modern computer or laptop, it probably supports WiFi Direct.

Microsoft supports the standard since Windows 8 on PC, and all Windows 10 versions have WiFi Direct. The first Xbox to support WiFi Direct was Xbox One, released in 2013.

In the mobile world, Google introduced WiFi Direct support in Android 2.3. Apple’s iPhones support WiFi Direct since iOS 7, although it usually bears different names such as AirDrop or AirPlay.

Are you using WiFi Direct?

With its simple setup, longer range, and much higher transfer speeds, WiFi Direct is a better option than Bluetooth for wireless file transfers between two devices. Setup and range also make it an excellent alternative for Bluetooth in other areas, like peripheral connection. Are you using WiFi Direct? What for? Also, if you have any questions about WiFi Direct, let us know in the comments section below.

What is NFC? How to use NFC

What is a Mesh Wi-Fi or a Whole-Home Wi-Fi system?