Many people visiting our website are interested in tutorials about using Bluetooth technology. If you want to know what Bluetooth is on a computer, a phone, or any other device, how Bluetooth works and what are its different versions of implementations, how Bluetooth came to life, and how to get Bluetooth on a computer with Windows, read this article. We promise that it will prove to be an exciting and useful read that anyone can understand:

How does Bluetooth work?

So now we know what Bluetooth is. But how does Bluetooth work exactly between two devices? The answer is relatively simple: when two or more devices connect and communicate over Bluetooth, the data exchanged between them is sent via radio waves. Unlike usual Wi-Fi connections, Bluetooth connections are direct, meaning that the devices that transmit data this way do it directly from one to the other without involving any intermediary like a router or access point. 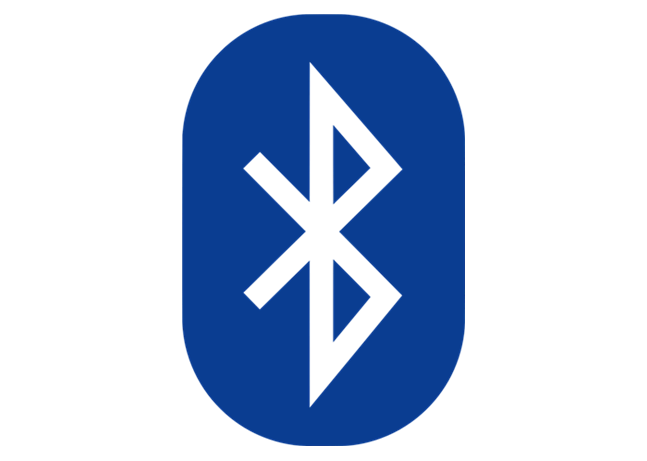 When two Bluetooth-enabled devices are within range of one another, they can automatically detect each other, and you can pair/connect them. What is Bluetooth pairing, you ask? Pairing two Bluetooth devices is a sort of handshake or an exchange of information between them. Just like when you meet someone new, and you introduce yourselves so that you both know who you’re talking with, so do Bluetooth devices reveal their identity. In other words, Bluetooth pairing allows the devices involved to register and memorize the identity of the other one. Obviously, Bluetooth pairing only needs to happen once; afterward, Bluetooth connections are established almost instantly between previously paired devices. 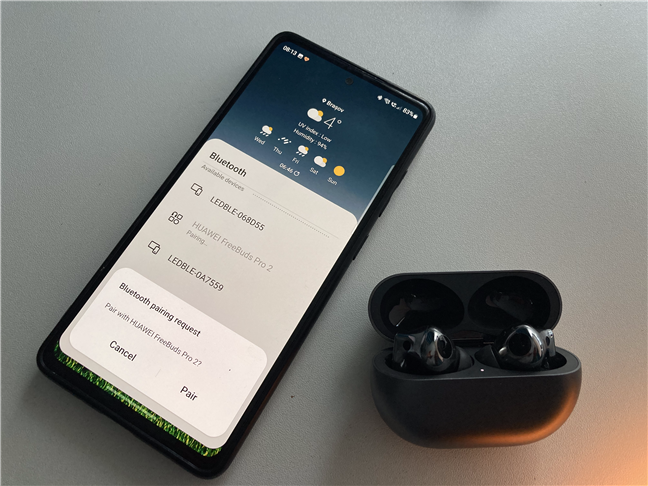 After establishing a line of communication, data can be sent over 79 different radio frequencies within the 2.4 GHz band. While at first, the Bluetooth-enabled devices randomly choose only one of these frequencies, once the connection is made, they will jump from one frequency to another multiple times every second.

What types of Bluetooth are there? What’s Bluetooth’s range?

There are four main types of Bluetooth radios: from Class 1 to Class 4:

On what devices is Bluetooth used?

Bluetooth technology is used in many different types of devices. Some devices with Bluetooth radio chips are not even close to what we would think of as Bluetooth-enabled.

Among many other types of devices, you can find Bluetooth in: 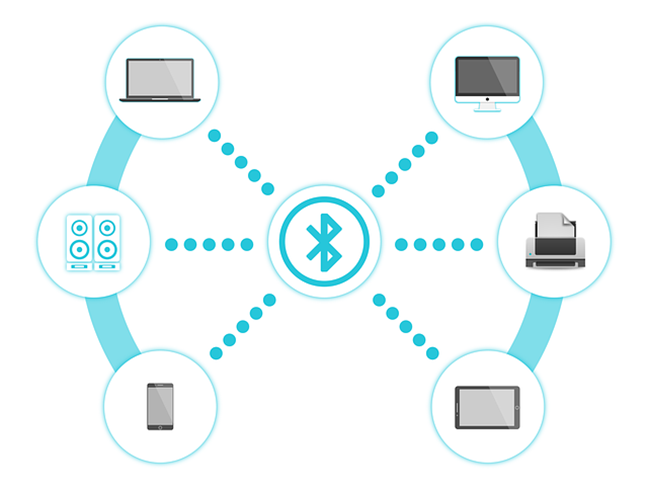 What versions of Bluetooth standards are there?

Bluetooth specifications change over time, getting new powers and features and adjusting to modern requirements. However, Bluetooth versions are formalized into standards created by the Bluetooth Special Interest Group (SIG), an alliance of over 30,000 companies worldwide which we discuss later in this article. At the moment, there are five main Bluetooth versions:

What is the difference between Wi-Fi and Bluetooth?

Both Wi-Fi and Bluetooth are ways of transferring data wirelessly. However, the differences between them are significant:

What are the disadvantages of Bluetooth?

You probably understood by now that Bluetooth is a form of wireless communication between devices, and using it has some downsides. Here are the most prominent ones:

Should Bluetooth be left on all the time?

The answer to this question is a mixed one, in our opinion. It all depends on whether you permanently leave Bluetooth turned on on a device plugged into a power socket or on a device that runs on a battery. Why is that? As long as Bluetooth is enabled on your device, it continuously scans for other available Bluetooth-enabled devices to connect to. That means that the Bluetooth chip in your device permanently draws electrical power to run. That is not a problem if your device is plugged into an electric socket. However, keeping Bluetooth active on a battery-powered device, such as a smartphone or tablet, will drain your battery a bit faster. 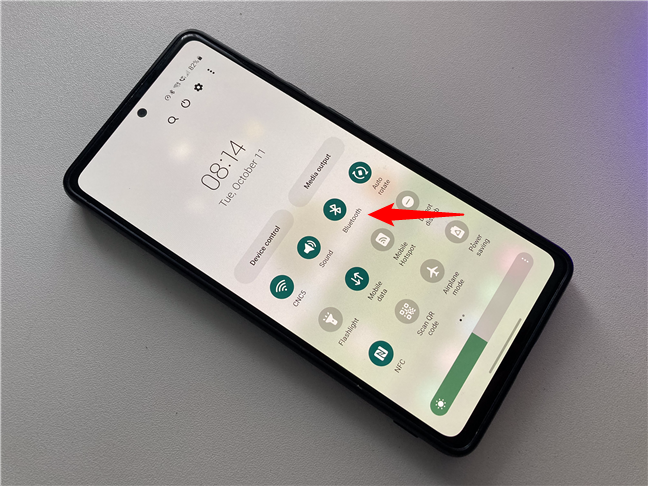 Should you leave Bluetooth on?

Furthermore, Bluetooth does not excel in terms of security; each moment you keep it on, you risk being hacked. In conclusion, we do not recommend keeping Bluetooth on all the time. If you are not currently using it, it would be better to turn Bluetooth off.

Does my PC have Bluetooth?

Are you wondering whether your PC has Bluetooth or not? Finding out is easy, and there is more than one way to do it: 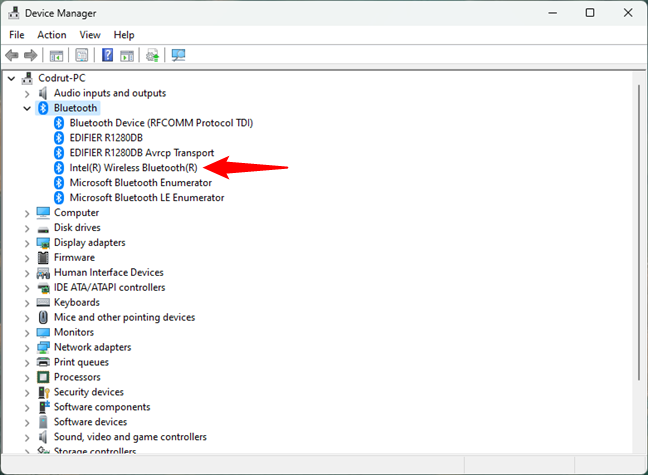 How to get Bluetooth on a PC?

Bluetooth is included in almost every smartphone and tablet. It is also found on most modern laptops. However, on desktop computers, Bluetooth chips are not as commonly found. Do you want to know how to get Bluetooth on your PC? Did your teacher ask you to “describe three ways in which a computer can become Bluetooth enabled?”. 🙂 Here are all the answers:

If your PC or device does not have Bluetooth, you can make it Bluetooth-enabled using one of these means:

Out of all three options to make a PC Bluetooth-enabled, the most common way is by using a Bluetooth USB adapter. Such adapters can be found in almost any tech shop, including Amazon. 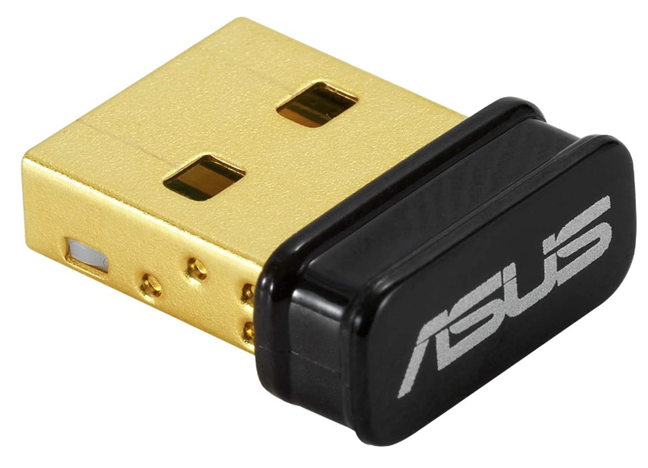 A Bluetooth USB adapter for PCs

Here are a few recommendations to get you started in your search for Bluetooth USB adapters: TP-Link USB Bluetooth Adapter for PC and ASUS USB-BT500 Bluetooth 5.0 USB Adapter.

Installing such devices is generally a plug-and-play experience. Windows detects the Bluetooth USB adapter and installs its drivers automatically. Then, you can start using the device. If that does not happen, you need to look for the installation disc packaged with the device or search for drivers on the manufacturer’s website.

Once Bluetooth is installed and working on your computer, you should see its blue icon in the notification area on your taskbar. Bluetooth should also become available in the Quick actions and in the Settings app.

If it is not there, the installation was not performed correctly or you don’t have a Bluetooth device.

Do you want to learn more about Bluetooth and its use (further reading)?

We have several tutorials on our website to learn more about Bluetooth and how to use this technology to transfer data between devices. You can access them directly using these links:

Next, if you want to learn even more about Bluetooth in general, its detailed specifications, and its uses, this website created by the Bluetooth Special Interest Group (SIG) provides useful information: Bluetooth Technology Website.

How Bluetooth came to life (a concise history)

Bluetooth was invented by the Swedish company Ericsson in 1994. Since 1998, the standard has been managed by the Bluetooth Special Interest Group (SIG) - a body that oversees the development of Bluetooth standards and the licensing of Bluetooth technologies and trademarks to manufacturers.

The Bluetooth Special Interest Group (SIG) organization is focused on developing the standard, designing new versions, improving specifications, and protecting Bluetooth trademarks. The Bluetooth SIG does not manufacture or sell Bluetooth-enabled products. This is handled by the companies that are part of the group.

If a company is interested in licensing Bluetooth technologies, it must become a member of the Bluetooth SIG. This also involves going through a rigid certification process.

“Bluetooth” was the codename of the SIG organization when it was first formed. It is inspired by the 10th-century Danish King Harald Blåtand - or Harold Bluetooth in English. He was the first king who united warring factions in parts of what is now Norway, Sweden, and Denmark. If you would like to learn more about him and his deeds, you should check his Wikipedia entry: Harald “Bluetooth” Gormsson. 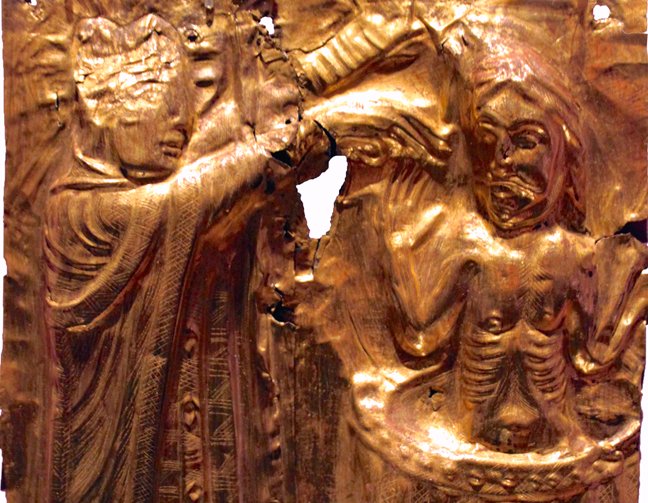 How do you use Bluetooth?

Before closing this tutorial, we’re curious to know how you use Bluetooth on your computers and devices. Do you connect Bluetooth devices like portable speakers or headsets to your laptop or smartphone? Comment below, and let’s talk about Bluetooth and how you use this technology.

Simple questions: What is DPI when referring to a computer mouse?

What is DHCP? How does it work?

Simple questions: What is PPPoE and what does it do?

What is NFC? How to use NFC