We all want to browse the web as privately as possible, and using dedicated modes like Google Chrome’s Incognito or Microsoft Edge’s InPrivate helps us with this goal. If you’re sharing a device, it makes sense to want to keep some of your browsing history to yourself. Furthermore, knowing how to go incognito as fast as possible could save you precious time. So, if you want to open an Incognito window in Google Chrome with a keyboard shortcut or an Private Browsing window in Firefox, Microsoft Edge, or Opera, read this guide and learn how it is done:

NOTE: Before going ahead with this tutorial, we recommend reading about InPrivate and Incognito. You will understand what private browsing is and how it is different from browser to browser. Also, you will see that this browsing mode may not protect you as much as you think it does.

Press CTRL+SHIFT+N in Google Chrome for Windows, Linux or ChromeOS

You should see an Incognito window just like the one below. It is black, it has the logo of a person in disguise, with a hat and dark glasses, and an explanation in the middle about what it means to browse privately in Google Chrome. 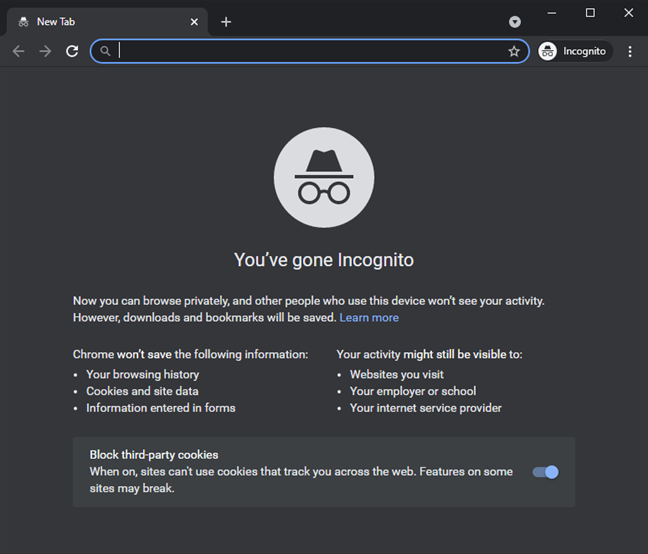 TIP: If you want to make desktop shortcuts for starting Google Chrome and other browsers in their private browsing modes, read this article on making InPrivate or Incognito shortcuts for Firefox, Chrome, Edge, and Opera.

The shortcut key for Private Browsing in Firefox

First, open Mozilla Firefox and then press CTRL + SHIFT + P regardless of whether you’re using Windows, Linux, or Chrome OS.

Press CTRL+SHIFT+P in Firefox for Windows, Linux, and ChromeOS

This action opens a Private Browsing window in Mozilla Firefox. You are informed that you are in a Private Window and given some details about what it means. Notice the logo for private browsing that looks like a mask. 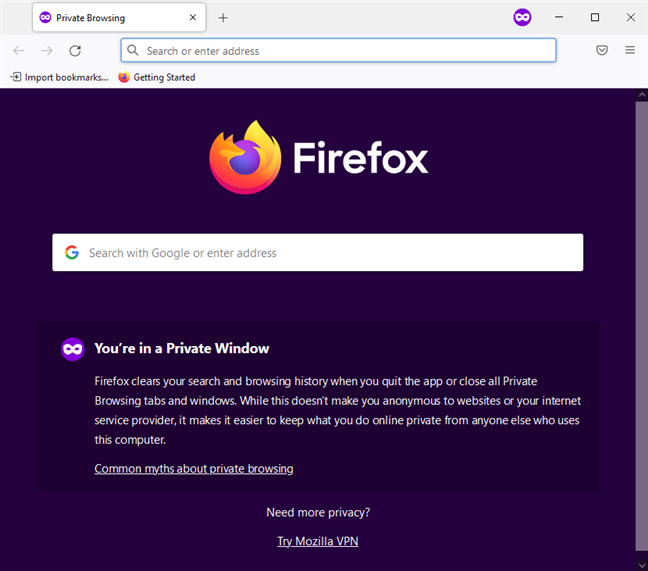 TIP: There are seven ways in which browsers should improve private browsing (Incognito, InPrivate, etc).

The shortcut key for InPrivate browsing in Microsoft Edge

Microsoft Edge uses the same Chromium engine as Google Chrome does. This also means that it uses the same keyboard shortcut for opening an InPrivate browsing window:

This action opens InPrivate browsing in a window similar to the one in the screenshot below. You see information about what InPrivate does and doesn’t do, and you can also perform private searches with Bing. 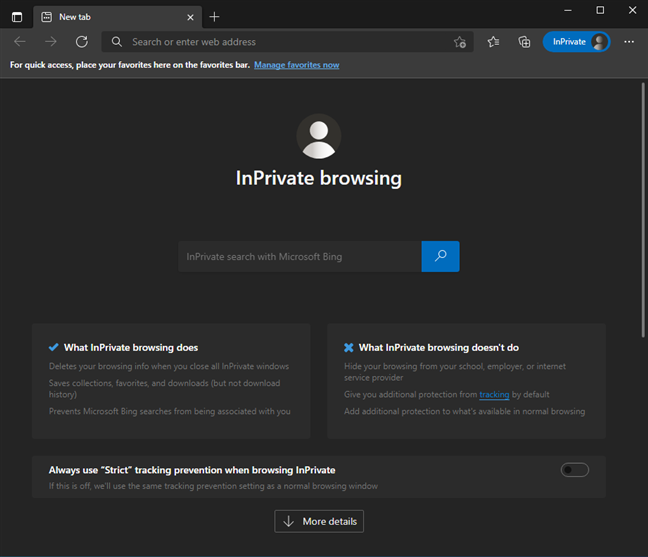 Opera also uses the Chromium rendering engine, and it has the same shortcut keys for its Private Mode:

The private browsing window from Opera has a logo similar to Google Chrome’s, and it informs you about what this mode does. In addition, you can also turn on the browser’s VPN for additional protection from spying eyes. 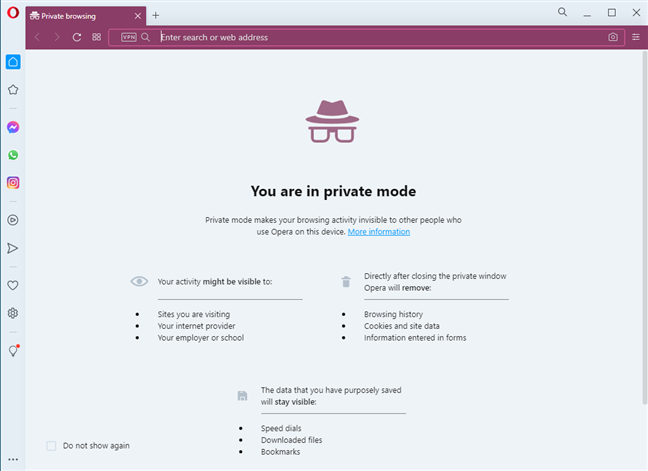 Open a new Incognito, Private or InPrivate tab with a shortcut key

Press CTRL+T on Windows, Linux, or ChromeOS to open a new tab

Similarly, on a Mac, press Command ⌘ + T. This action opens a new tab in your browser’s private window.

After pressing CTRL + T in Google Chrome, we now have two Incognito tabs open, as shown in the screenshot below. Try the same in your browser, even if you are not using Chrome. 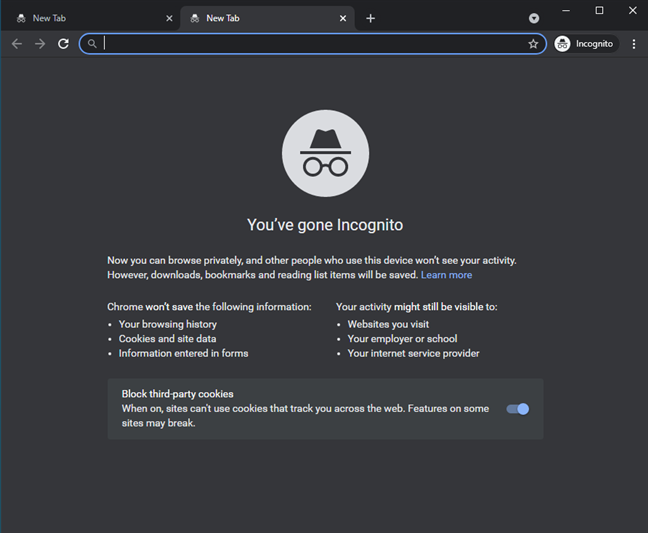 Which browser do you like best for private browsing?

We hope that our guide has helped you understand everything you need about going incognito in your favorite web browser with just a shortcut key. Before closing, let us know if you have any questions and which browser you prefer for browsing the web privately. Is it Google Chrome, Firefox, Microsoft Edge, or Opera?

How to block third-party cookies in Chrome, Firefox, Edge, and Opera

How to stop crypto mining and cryptojacking in Opera

How to go incognito in Chrome, Firefox, Edge, and Opera

How do I make the text bigger in Chrome, Edge, Firefox, and Opera?