If you’re new to gaming or videography, you might have stumbled into strange terms like FPS, frame rate, and refresh rate. In this article, we define FPS, we compare FPS to the refresh rate and see why it’s important to have a high FPS. Ever wondered how many FPS the human eye can see? Or if there is such a thing as FPS in real life? You can find answers to all these questions in this article:

Movement, as displayed on a screen, is actually a series of still images, presented in quick succession. Our eyes and brains are able to discern between individual images (also called frames) only at up to a frequency of about 12 images per second. Any higher than that, and our brains start to perceive them as being connected, and all the differences between them (let’s say a character moves between shots) as movement. So, what does FPS mean? FPS stands for Frames Per Second and is, as its name suggests, the number of frames that are recorded or drawn per second in a video, game, or animation. FPS is the unit of measuring frame rate. 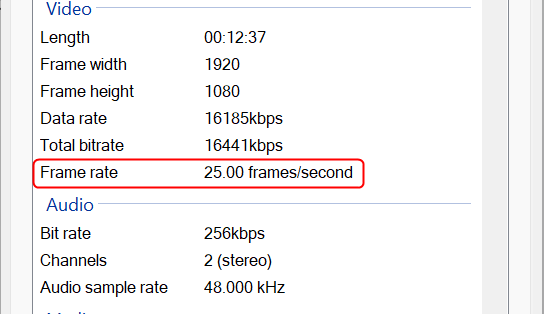 The frame rate is measured in frames per second 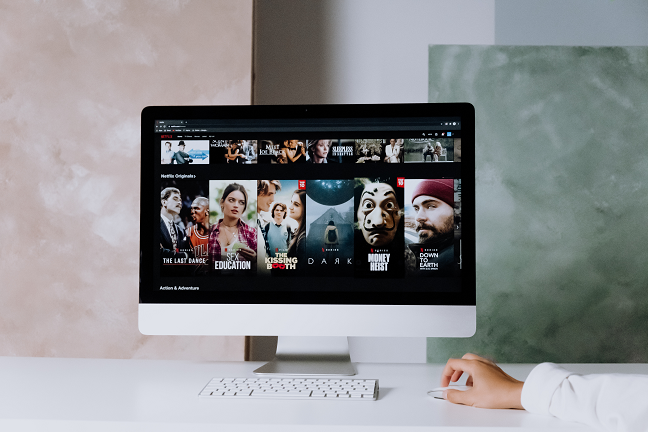 You may also be wondering how many FPS can the eye see. The answer depends on how you define “see.” An experiment performed in 2004 proved that the human brain can process images shown for as little as 13 milliseconds. That means that we can distinguish a separate image from a stream of 75 images per second. At higher frame rates, we aren’t able to tell individual frames. However, our brains are capable of detecting and reacting to much higher frame rates. Professional gamers have been shown to perform better at 120 and even 165 FPS.

Oftentimes, people confuse the frame rate (FPS) with the refresh rate. Both terms refer to similar values, but they are not the same. Before we continue, let’s see how displays work. Modern ones (like LCDs and OLEDs) show one image, then the next, and so on, by altering the brightness and color of the corresponding pixels. This update happens at a certain interval. Between these updates, the pixel brightness/color remains the same, thus keeping the same image on the screen. The refresh rate (measured in Hertz, or Hz) is the maximum number of updates a display can make in a second. If a screen has a 60 Hz refresh rate, it means that it refreshes the image sixty times per second. 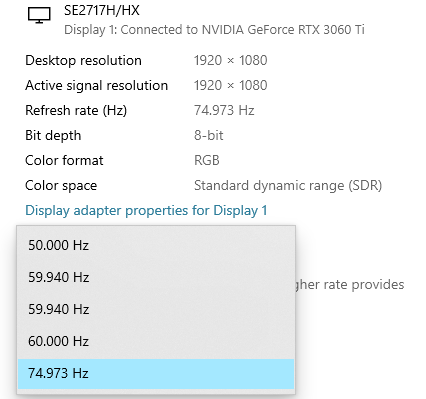 So let’s recap. FPS is the number of still images that a video or a game sends to the display in one second, while the refresh rate refers to the screen itself, independent of the image it receives. Here’s an example.

Let’s say your device (PC, tablet, smartphone) sends 30 frames (images) each second to the display (when playing a video or a game). Independently from the images that are being sent to it, the screen has a refresh rate of let’s say 60 Hz. This means it will re-draw the image 60 times each second, no matter if it has received a new image or not. If it doesn’t receive a new image in time, it will keep the same image. In our case, the device sends a new image to the screen half as quick (30 FPS) as the display is refreshed (60 Hz), and this means that the image changes only once every two screen updates. Now, let’s say your device has the (re)sources to send 120 images per second (so it’s capable of 120 FPS). Since the screen only refreshes 60 times per second, it can’t keep up with the source material, and every second image is ignored and lost.

FPS in games vs. FPS in videos

What is FPS in games? Is there a difference between FPS in games and FPS in videos? Technically, the answer to the last question is no, although videos and games differ fundamentally as image sources. While videos are recorded and displayed at fixed framerates (24, 30, 60 FPS), games don’t have such limitations. The only limiting factor for FPS in games is how fast the processor and the graphics card can calculate and render an image. So if you have a weak chipset on your smartphone, games will stutter and look choppy, because images are not rendered fast enough. On the other hand, if you have a high-end device, with a high refresh rate display and a good graphical subsystem, motion is much smoother than in pre-recorded videos, as the number of FPS rendered each second can easily exceed 60 (and the high refresh rate display can keep up with the speed at which images are being sent to it). 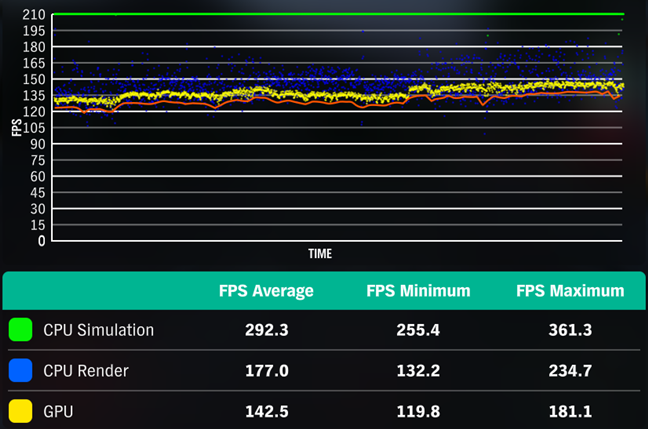 If you have a screen that keeps up with the frame rate, the games will run really smooth

What about real life? Can we define a frame rate in real life? Well, you may have noticed we only focused on screens when talking about FPS. That’s because real-life movement doesn’t have a “frame rate” and our eyes don’t have a “refresh rate”. Our brains don’t have limitless processing power, so instead of behaving like a weak chipset and rendering every other image of a moving object, they do a little trick called motion blur. That’s when a fast-moving object is no longer clear and it becomes, well, a blur. If you want a practical experiment, put one hand in front of your eyes and start waving faster and faster without following the hand with the eyes. Pretty soon, the hand becomes blurry and you won’t be able to see any of its details. 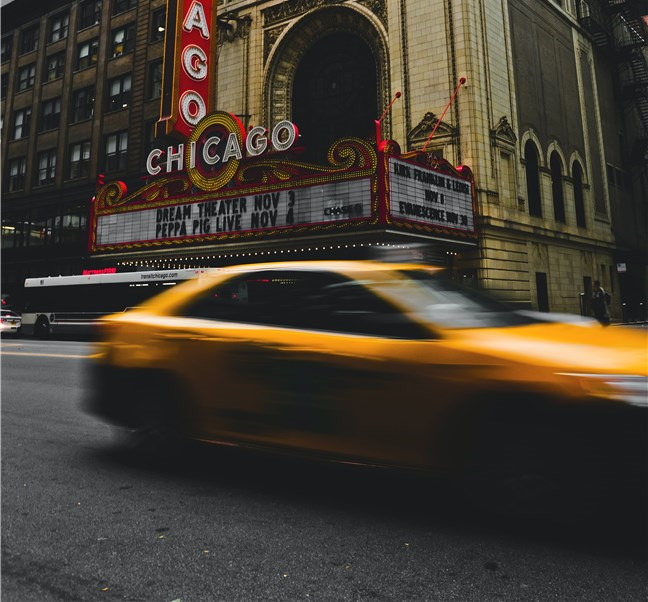 Motion blur is our brain's way of limiting information input

TIP: If you want to know more about FPS in videos and what frame rate to use for recording when using a smartphone, you can read this article: 30 or 60 fps? What's best for smartphone video recording?.

Why is FPS important

FPS (frame rate) is very important for many reasons. But we really need to make the difference between FPS in videos and FPS in games:

FPS is even more important in virtual reality (VR). In order to trick them into perceiving an alternate environment, our brains and eyes need a high refresh rate (over 90 frames per second). If you go any lower than that, the VR experience can become nauseating.

How do I see my FPS?

For videos, since the frame rate is fixed throughout the clip, the answer is simple: check the properties of the video file. On Windows devices, you can right-click on the file, choose Properties, and then go to the Details tab. Finally, look for value next to Frame rate. On mobile devices, the procedure is obviously different, but it also involves looking through the video properties. 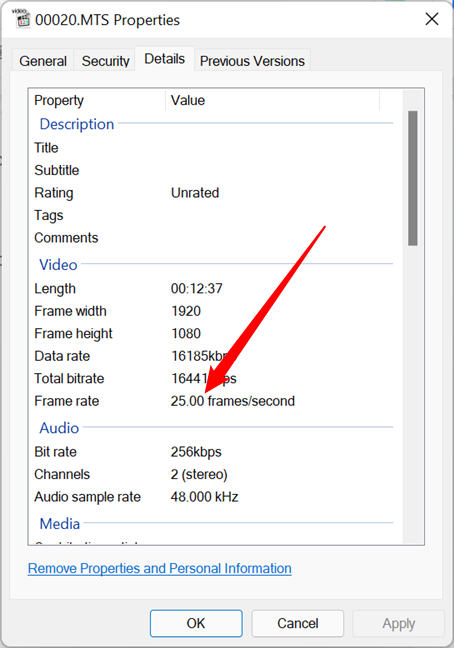 For games, it’s more complicated. For example, on PCs, the frame rate can be displayed using the game interfaces, the video card’s software, or by using third-party programs. Just beware that, no matter which method you use, in games, the FPS counter measures the number of frames per second that are being sent to the display, not the ones actually displayed.

Do you game at high FPS?

Now you know what frame rate is, how it differs from refresh rate, and why FPS is important. If you have any additional questions, don’t hesitate to write below. Also, we’re curious to know how important frame rate is for you. Do you feel the need to have as many FPS as possible, or are you more interested in image quality? Please leave your answers in the comments section.

Where to find the Windows 10 refresh rate? How to change it?

4 ways to make a video smaller in Windows 10