If you’re using a smartphone, it’s almost certain that you’ve come across the term Gorilla Glass. Some of you might already know that it is a special kind of glass used on smartphones, tablets, and other similar devices. However, do you know what it does and why it’s important? Did you know that there are different types of Gorilla Glass? Also, some smartphones have 2.5D glass. Do you know what that is and how it is different from Gorilla Glass? Read this article for answers to all these questions and more:

Gorilla Glass is a type of toughened glass designed to resist damage while still being thin and light. Gorilla Glass was invented by an American company named Corning Inc. Back in the 1960s, they created a sturdy glass called Chemcor that was used for several decades for both industrial and commercial applications. In 2005, the company decided to use their prior experience with Chemcor and start new research to see whether they could create a new kind of hardened glass that could be used for modern electronics such as smartphones and tablets. The result was the first Gorilla Glass, which was announced in February 2008. 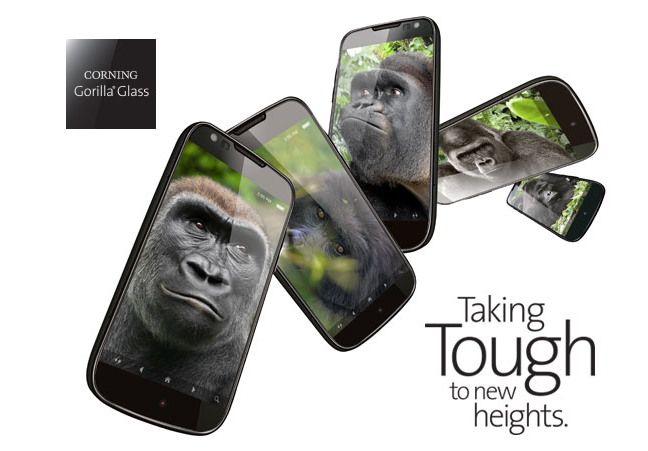 Gorilla Glass is made from a material called alkali-aluminosilicate which contains aluminum, silicon, and oxygen. These elements help strengthen the sheet of glass. According to Wikipedia, the glass is also immersed in a hot potassium salt ion-exchange bath in the manufacturing process, which further increases its surface strength and damage resistance. Nowadays, Gorilla Glass is used extensively to cover the displays of smartphones and tablets, as well as on smartwatches and laptops. It protects the screen from scratches and cracks.

How many versions of Gorilla Glass are there, and what’s different between them?

The first Gorilla Glass made was introduced on the first iPhone back in January 2007. This was the first time ever that Gorilla Glass was used in consumer electronics. The reason for that seems to be the desire of Apple’s Steve Jobs to use glass on the company’s new iPhone instead of plastic. However, at that time, glass cracked easily, so Steve Jobs met with the CEO of Corning Inc. and, after learning about their research on Gorilla Glass, immediately placed an order. The Gorilla Glass used on Apple’s iPhone had a thickness of 1.5 mm and an oleophobic coating. It was both scratch and crack-resistant, as well as fingerprint and smudge-resistant. 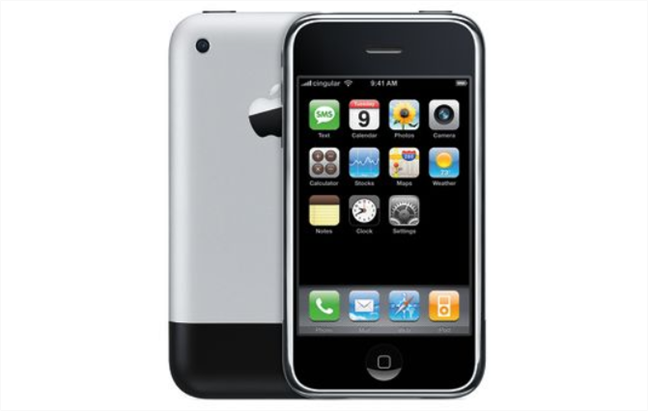 The first iPhone (from 2007): it used Corning Gorilla Glass

Gorilla Glass 2 made its debut in 2012, and it was 20 percent thinner than the original version. Of course, it kept all its other characteristics, such as toughness and scratch resistance, but it could do all that while being thinner. That was perfect for many smartphone manufacturers, as they could now design and fabricate thinner devices. Some of the most popular smartphones that used Gorilla Glass 2 for protection were the LG Nexus 4, Samsung Galaxy S4 mini, and the HTC One. 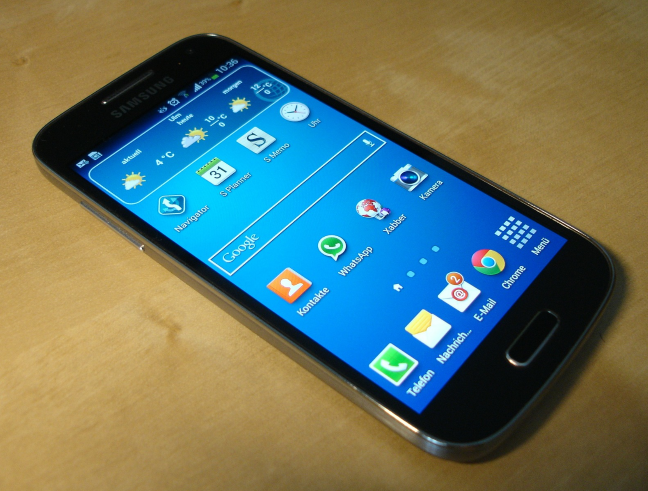 Gorilla Glass 3 improved on the core feature of this type of glass. In addition, Corning Inc. managed to increase the glass’ toughness and created a new Gorilla Glass that was stronger, more flexible, and more scratch-resistant. 2013, the year when Gorilla Glass 3 appeared, was also when manufacturers started to become interested in using this hardened glass on laptops and hybrid devices with touchscreens.

A few examples of new smartphones with Gorilla Glass 3 for protection are Samsung Galaxy A50, Motorola G7, and Nokia 7 Plus.

During the following years, the company found through surveys that people are mostly worried about dropping their smartphones on the ground and cracking their screens. So, for their Gorilla Glass 4, which was announced at the end of 2014, Corning Inc. focused on improving the glass to make it a lot more resistant to falls. According to their statements, when dropped from a height of 1 meter, Gorilla Glass 4 can “withstand breakage 80% of the time”.

Gorilla Glass 4 is found on some smartphones that are still available on the market today, such as the Samsung Galaxy S7, Google Pixel, and Pixel XL, HTC One M9, ASUS ZenFone AR, or the Xiaomi Mi Mix 2.

Gorilla Glass 5 was announced in July 2016. The Gorilla Glass 5 has been enhanced to become up to four times more resistant when dropped. Corning Inc. promised that this version of Gorilla Glass could survive 1.6 meters (about 5 feet), face-down falls onto a rough surface up to 80% of the time. That means that a smartphone using this glass can survive even if you drop it while taking a picture, for example. Gorilla Glass 5 was and still is used by many devices, even today.

On July 18, 2018, Corning Inc. announced the release of another iteration of tough glass: Gorilla Glass 6. The company advertised it as being the most durable cover glass ever, at least up until then. 🙂 It can withstand an occasional fall from up to 1.6 meters height, and, in the company’s lab tests, Gorilla Glass 6 survived up to 15 drops from 1 meter onto rough surfaces. That makes it two times better and tougher than Gorilla Glass 5. In comparison, Corning Inc. says that most of its competitors couldn’t even survive the first drop.

The latest generation of Gorilla Glass is called Victus Plus. Obviously, everyone expects it to be even more durable and tougher than the Gorilla Glass Victus. Although we know that it’s used on the Samsung Galaxy S22 series, which launched just a few days before this article was written, we don’t know anything else about it. We contacted Corning Inc. for more details, but unfortunately, the company didn’t respond to our inquiries until now. We’ll just have to wait and see what the Corning Gorilla Glass Victus Plus brings to the table.

Before we move on to see what 2.5D glass is and how it differs from Gorilla Glass, we’d like to discuss the Gorilla Glass subject a little longer. We know that it’s quite a lot of information to digest when it comes to the technicalities of different glasses, so we thought it would be helpful to put all the essential details together in a chart. So here are the main technical differences between the various Gorilla Glass versions:

As you can see, the numbers between different generations of Gorilla Glass are pretty close. Although newer iterations can be thinner, their hardness varies, and, interestingly, the first generation was the best in this area. The hardness of glass is the best indicator for its protection against scratches. Also, it looks like the optical transmission actually decreased, starting with the Gorilla Glass 5 and upwards. On the other hand, newer generations have better fracture toughness values, which means they have better survival rates at drops and falls. It looks like, starting with Gorilla Glass 3, Corning began focusing more on making their glass thinner and more resistant to drops than to scratches.

Many affordable smartphones are marketed as having 2.5D glass instead of Gorilla Glass. 2.5D does not name a particular type of glass or a brand of glass. 2.5D is only a naming convention that is used for addressing contoured glass, which is any glass that has a slight curvature towards its edges. So, 2.5D glass can be Gorilla Glass or any other brand of glass, strengthened or not, as long as its edges are slightly curved and thinner than the middle of the glass sheet. 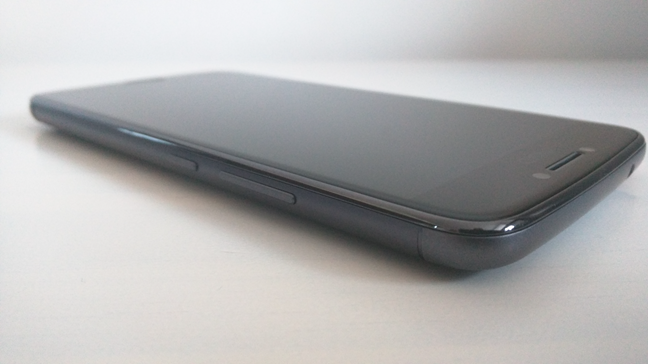 A smartphone with 2.5D contoured glass

The 2.5D glass is used on many smartphones and other similar consumer electronics, such as tablets or smartwatches. The main reasons for its broad adoption by smartphones manufacturers are the better looks and improved comfort. Displays with 2.5D glass are smooth on the edges, and they are not raised outside the smartphone body. Apple, Samsung, Huawei, ASUS, and many other big companies in the smartphone world use this glass design. However, because 2.5D glass is only a naming convention, it does not have any particular features regarding resistance, clarity, or quality. 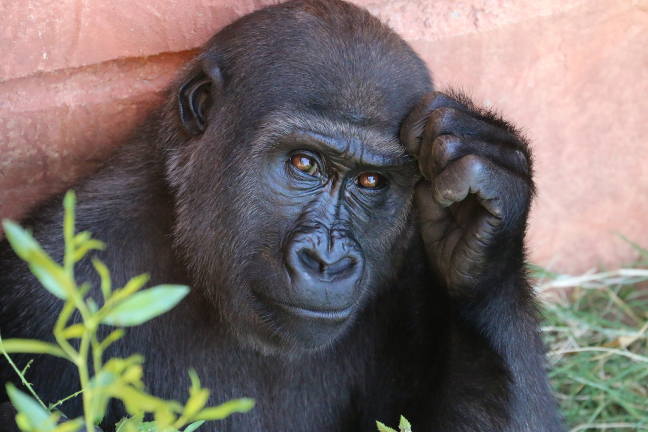 Can Gorilla Glass be 2.5D glass also? Yes it can

As far as 2.5D glass is concerned, nobody can say whether it is better than Gorilla Glass because it is not a type or brand of glass.

Therefore, when you see the term 2.5D glass, even in our smartphone reviews, remember that it only tells you about the shape of the glass, nothing about its resistance or strength. 2.5D just looks better and feels better in your hand.

Which smartphones, tablets, notebooks, and wearables use Gorilla Glass?

If you are curious to know whether Corning Gorilla Glass protects your device, you can check your device’s hardware specifications, or you can visit Corning’s official website and look for your devices in the list of mobile smartphones, tablets, notebooks, and wearables that use Gorilla Glass: Full Products List.

If your device is not listed on this webpage, there is a high chance that it does not use Gorilla Glass. There is still a possibility, but your device’s manufacturer might have asked Corning Inc. to keep this information hidden from consumers. In that case, you can only make assumptions based on rumors, such as those that iPhones still use Gorilla Glass, although Apple only tells us about tempered glass in their specs.

Do you own devices with Gorilla Glass or 2.5D glass?

We are curious to know if the glass on your devices is a significant factor in your purchasing decision. Did you know what Gorilla Glass means? What about 2.5D glass? Do you want a particular type of glass on your devices? What kind of glass is used on the devices that you own? Don’t hesitate to comment below.

What is Pantone Validated when it comes to laptops and displays?

What is an AMOLED screen? What does AMOLED mean?

Simple questions: What is PPI and does it matter?

Simple questions: What is OLED? What does OLED mean?