In August 2017, the world met the first Android smartphone that was capable of running with both Daydream and Tango platforms for virtual and augmented reality from Google. We are talking about the ASUS ZenFone AR, a powerful smartphone with a lot to show off. For the last couple of days, we used it both in the real world and in virtual reality. Now, we would like to share with you everything we like about it. If you are curious and want to know more about how to escape the real world, using your smartphone, read this review about the ASUS ZenFone AR:

What is the ASUS ZenFone AR smartphone good at?

The ASUS ZenFone AR smartphone is good at:

Here are the best things about the ASUS ZenFone AR:

There are also a few less positive aspects: 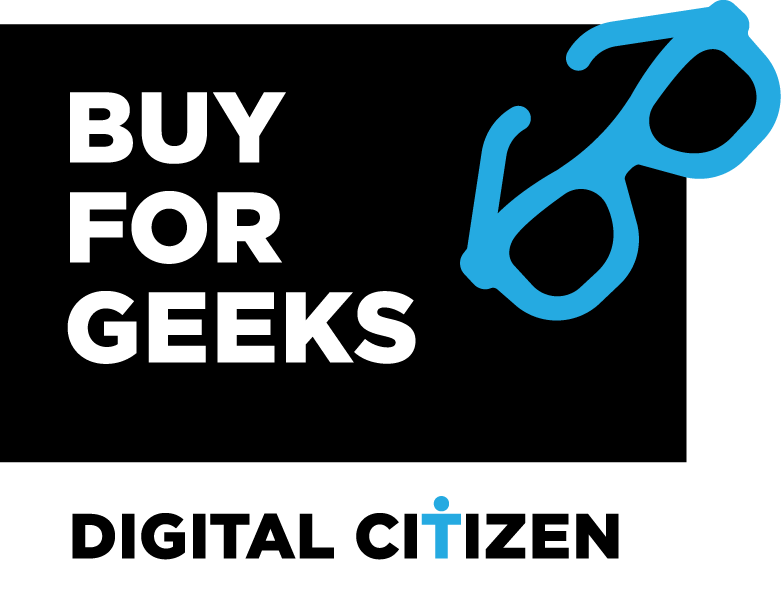 The ASUS ZenFone AR is one of the best smartphones money can buy. It is also the only smartphone that supports both DayDream and Tango, the two technologies created by Google for Virtual Reality and Augmented Reality experiences. It looks good, it is powerful, and it can shoot beautiful photos and videos. These are all very good reasons for buying this smartphone. On the other hand, the Tango technology used by ASUS ZenFone AR is already replaced by Google, shortly after it was introduced. Couple this issue with the rather poor battery life and the high price tag, and it is clear that this smartphone is not for everyone. Even though it is an excellent device, ASUS ZenFone AR is a great choice only for technology enthusiasts who want Virtual Reality and Augmented Reality experiences.

ASUS ZenFone AR comes in a black box made from premium cardboard. The box is soft to touch and has a simple design. The ASUS logo is engraved on the longer sides of the box, and the Zenfone AR name is printed in gold on its top.

On one of the smaller sides of the box, there are a few thumbnail pictures that showcase some of the features and contents of this smartphone. You can see that the ASUS ZenFone AR has a clear case and a screen protector inside the box and that it supports the Tango augmented reality platform, and it also works with Google Cardboard.

Turn the box upside down, and you get to see a lot more details such as the factory name of the smartphone: ZenFone AR (ZS571KL), its serial and IMEI numbers, the most important hardware specifications and so on.

When you open the box, the first thing you see is the ASUS ZenFone AR.

Besides the smartphone, inside the box we have found a power adapter with a detachable USB Type C cable, a pair of headphones, the warranty, the user guide, a SIM insertion tool, and two lenses that you can use together with the smartphone's box to create your own Google Cardboard viewer. It is a generous bundle if you ask us.

The ASUS ZenFone AR is available only in black. It has a screen of 5.7 inches with a 1440p WQHD resolution and a pixel density value of 515 ppi. You can read more about PPI and what it means, in this guide: What is PPI and does it matter?. The display is protected by Corning Gorilla Glass 4.

The rear camera on the ASUS ZenFone AR has a Sony IMX 318 sensor with a high resolution of 23 megapixels and an f.2.0 aperture. It also supports motion tracking for the smartphone to be able to track its location in space, and an infrared projector used to sense depth and measure the distance from real-world objects. For low light environments, the smartphone has a built-in Dual-LED flash. On the front, you get an 8 megapixels camera useful for taking selfies and chatting on Skype, WhatsApp or other similar apps.

Regarding connectivity, ASUS ZenFone AR comes with support for both 2.4 and 5 GHz wireless networks using the 802.11a/b/g/n/ac standards. There is also a Bluetooth 4.2 chip inside, for close range connections to other devices.

The ASUS ZenFone AR is a Dual-SIM smartphone that works in Dual SIM Dual Standby. Both SIM cards support 4G LTE, but only one SIM card can connect to 4G LTE networks at a time, while the secondary works only in 2G.

It has a built-in non-removable battery with a capacity of 3300 mAh and support for fast charging. The battery fills to 60% of its capacity in 39 minutes.

The ASUS ZenFone AR offers a rich bundle and a great unboxing experience that will satisfy everyone. The hardware specs are impressive, and the fact that it can do anything related to virtual and augmented reality makes it unique.

The ASUS ZenFone AR is a slick and elegant piece of technology. Although rather simple and minimalistic, it looks good and the build quality is premium. The front is dominated by the 5.7 inches screen. Both the display and the Android buttons at the bottom are covered by Corning Gorilla Glass 4. That should protect the smartphone from both dust and scratches.

The Android default buttons - Back, Home and Recent apps - are all found in their usual place at the bottom of the screen. The Back and the Recent apps buttons are capacitive and are backlit, while the middle Home button is slightly protruding as it also houses the fingerprint sensor.

At the top of the screen, there's the front camera and the ASUS silverish logo sitting in the middle, right under the ear speaker.

The edges of the smartphone are created from an aluminum alloy that feels very solid yet smooth to the touch. On the left edge, you will not find anything else but the SIM tray towards the top of the phone.

On the right side of the smartphone, the power button and the volume rocker are all positioned in their usual spots. All of them have a harsher texture so that you can identify them with ease and also have a good grip.

The bottom edge of the ASUS ZenFone AR is home to the USB Type-C port, the loudspeaker, audio jack and microphone pinhole. On the top edge, you will find the secondary microphone.

The back of the smartphone is even more interesting than the front. First, you get to see that the back is made from a leathery material. It looks premium, grippy and different from what many high-end smartphones look like.

Also, on the back of the ASUS ZenFone AR, you cannot miss the complex camera module. It looks like a large rectangle with rounded corners and a lot of lenses and sensors inside. There is the 23 megapixels camera, the motion tracking camera, the depth sensing camera, the laser autofocus sensor, and the dual-LED flash. By the way, the camera module is also slightly protruding outside the case.

The ASUS ZenFone AR is a good looking smartphone with a simple and beautiful design. It is not a device that awes you at first, but it is a smartphone that feels both solid and powerful.

If you would like to read more about the smartphone experience offered by ASUS ZenFone AR, its camera, bundled apps, and performance in benchmarks, read the second page of this review.

What do users get from games becoming Windows universal apps?

How to buy Steam Gift Cards, Wallet Cards, or Steam games from Amazon