A few years ago, we reviewed a small gaming mouse from ASUS called the ROG Strix Impact and found it to be a good device. Its descendant - ASUS ROG Strix Impact II - has recently been launched, so we decided to test it and compare it with the first model. The new version comes with a few improvements over the original, such as a better optical sensor, additional buttons, and more RGB lighting zones. Is it better than its predecessor? What does it have to offer to gamers? Read this review about the ASUS ROG Strix Impact II, and find out:

ASUS ROG Strix Impact II: Who is it good for?

The ASUS ROG Strix Impact II mouse can be a perfect fit for:

Here are the best things about the ASUS ROG Strix Impact II:

There are some downsides, too: 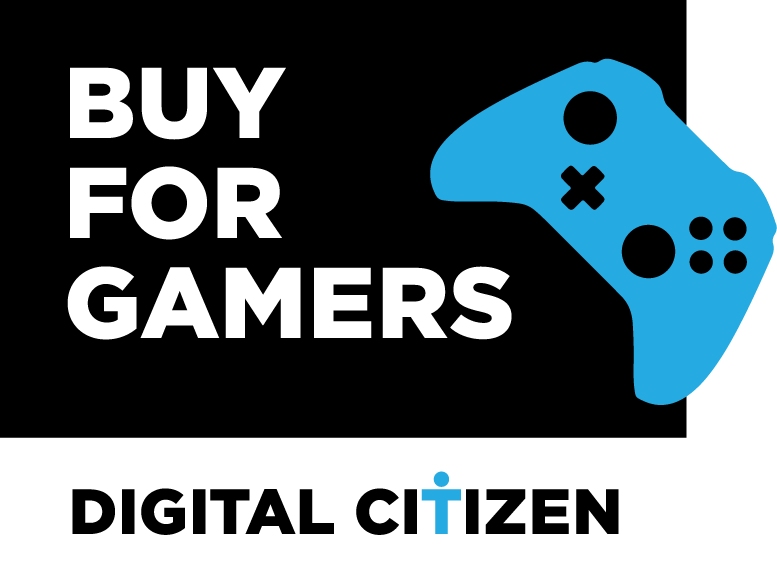 The ASUS ROG Strix Impact II is a nice little mouse that does everything well. It is fast and accurate and fits perfectly in small and medium-sized hands. We liked using it and found its performance to be outstanding in MOBA games such as League of Legends. Because of its good design and performance, but also because we believe that its price is fair, we recommend the ASUS ROG Strix Impact II to all the gamers out there, except to those with large hands, who should try it first and only then make a purchase.

The ASUS ROG Strix Impact II is a mouse made by ASUS under their Republic of Gamers brand, which means that it's a premium device. As such, the packaging looks great: the box is made of hardened cardboard, painted mostly in ROG's red and black colors and features a large glossy picture of the mouse.

On the backside of the box, there are details about its main features, as well as its essential specifications. When you open the box, you get all the basics you expect: the mouse, its user manual, and the warranty documentation.

The unboxing experience of the ASUS ROG Strix Impact II is fast and straightforward.

Another major change between the original and its descendant is that the new Strix Impact II comes with two side buttons. The first one had no side buttons whatsoever. It's also important to know that the side buttons are fully programmable, so you can assign them any action you wish.

The main left and right-click buttons are independent, just like on the original Strix Impact, and that allows for more responsive clicks. Their built-in switches are made by Omron and are rated to have a lifespan of 50-million clicks, which is a long time. You can find exactly how long, in this guide: How long are millions of keystrokes and clicks, in years. By the way, to get to the switches, you have to take out the four rubber feet and unscrew the four screws under them.

It's also good to know that the switches are replaceable, so you can swap them with others if you want. Here is the list of Omron switches that are compatible with the mouse's sockets: Omron D2F Series D2F, D2F-F, D2F-01, D2F-01F, and Omron D2FC Series D2FC-3M, D2FC-F-7N, D2FC-F-7N(10M), D2FC-F-7N(20M). The first Strix Impact mouse didn't let you replace its switches.

ASUS ROG Strix Impact II also has three lighting zones on it and is compatible with ASUS Aura Sync. There's one illuminated Republic of Gamers logo on the back of the mouse just like on the original Strix Impact, but it also has lights on the scroll wheel and two headlights at the front of the left and right-click buttons.

If you want to read all its hardware specifications, visit: ASUS ROG Strix Impact II Specifications.

The hardware specs of the ASUS ROG Strix Impact II are definitely those of a gaming mouse. It comes with a high-DPI optical sensor and with long-lasting Omron switches that are appropriate for the gaming world.

The ASUS ROG Strix Impact II mouse is a gaming mouse by definition. However, because of its light weight, we believe that it is best suited for MOBA games and shooters. Its 79 grams weight means that it's easy and fast to move it on your mouse pad and lift it off it. Furthermore, the two additional side buttons are an excellent and mandatory thing to have if you want to be able to quickly switch your firearm to your sidearm or perform other similar actions in games.

Although it is not a large mouse, the shape of the ASUS ROG Strix Impact II also feels well designed. The rear side has a small bump compared to its front, and that means that the back of your hand should sit comfortably on it. However, the size makes it ideal for finger grips, as palm grips are only achievable if you have small hands.

Pressing on the left and right-click buttons also feels nice, and the sound they make is what you'd call firm and crisp. Just like we like the sound of mechanical keyboards, we also like to hear when we click, and this mouse delivers on that. However, for some people, the clicks might be too metallic and loud, but that's highly improbable if you are a gamer.

Then there is the design of the mouse: in our opinion, the ASUS ROG Strix Impact II is quite beautiful. The RGB headlights and the illuminated scroll wheel are visible all the time, even when you use the mouse, because they're not covered by your hand. Although the illuminated ROG logo on the back of the mouse is only visible when you're not holding the mouse in your hand, the see-through cover is interesting. This back cover is not as matte as you'd expect: it lets you see the inner workings of the mouse if you look closely and also gives the ROG illuminated logo a foggy appearance.

The only thing we do not like about the ASUS ROG Strix Impact II is its cable. It's covered in soft rubber and feels brittle. Maybe it's just us getting accustomed to braided cables for mice and keyboards. However, we do believe that many gamers would like it if the cable of this mouse was braided too.

As for the actual gaming experience I had with this mouse, I can say that it behaved very well. At the moment, I'm only playing League of Legends, Metro Exodus, and Heroes VII, three very different games. The ASUS ROG Strix Impact II worked great in all of them, offering excellent tracking precision, and I never felt that my hand was tired, even if I played for around four hours each evening.

The ASUS ROG Strix Impact II is an excellent gaming mouse that should satisfy all the basic needs of a gamer. The optical sensor offers precise tracking, it has two useful side buttons, and we loved its firm and crisp left and right-click buttons.

To be able to customize the ASUS ROG Strix Impact II gaming mouse, you have to install the Armoury II software from its official support page. The Armoury II app lets you do everything that can be done with your mouse. One of the main things about it is that it allows you to create profiles that store different settings and configurations for the buttons.

Regarding the mouse's performance, Armoury II lets you set the four levels of DPI that you can switch between by pressing the DPI button on the mouse. It also allows you to set the angle snapping on or off, select the polling rate, choose how fast the buttons respond, and adjust the acceleration and deceleration of the mouse cursor.

Evidently, as the mouse has RGB lighting and supports Aura Sync, the Armoury II app also includes settings for the lighting effects and their synchronization with your other RGB-enabled devices.

Finally, you can also use Armoury II to create and store macro actions and record the clicks and travel distance of your mouse. The latter, however, can only be done manually, which is a shame because we would like to get statistics over long periods of time, not just when we deliberately record our mouse actions.

The Armoury II software that ASUS provides for the ROG Strix Impact II gaming mouse has all the settings and customization options that a gamer wants. Also, we found it to be working well: we encountered no bugs and had no issues using it.

What is your opinion about the ASUS ROG Strix Impact II?

As you know now, we liked the ASUS ROG Strix Impact II mouse. It's a good device with a well-thought design and excellent performance. Do you like it? Would you buy it for yourself or for the gamer in your family? Tell us what you think in the comments section below.