Microsoft 365 is the (relatively) new name of Microsoft’s Office 365 subscription-based service. It includes widely popular applications such as Word, Excel, and PowerPoint, as well as cloud services like OneDrive or communication tools like Microsoft Teams. The switch from the old naming of Office 365 to the new Microsoft 365 took place in April 2020.

Microsoft 365 is Office 365 plus added benefits

There are different plans for Microsoft 365 that you can subscribe to, depending on what software and services you need, as well as for how many users and devices. They cover all audiences, from personal and home users to small to mid-size businesses and large enterprises. 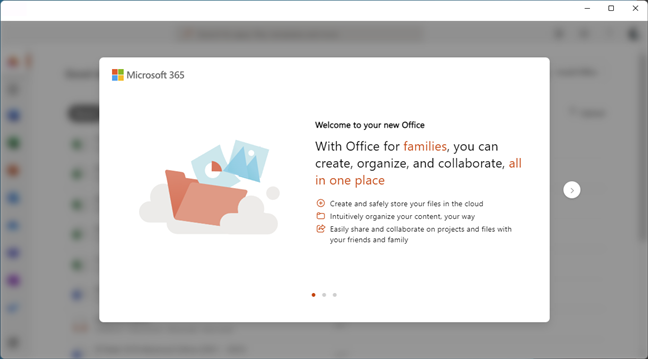 All the Office apps included are permanently updated and receive the newest features available for as long as you hold a valid subscription. Also, to buy and use Microsoft 365, you must have a Microsoft account (for home users), a school account (for educational institutions), or a work account (for business users). You need it to log in and download the apps, as well as to access the other services bundled with Microsoft 365. 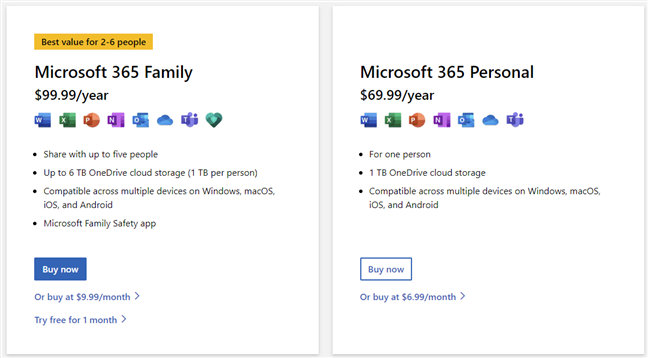 For more details on the home plans, visit this webpage: Microsoft 365 for home. 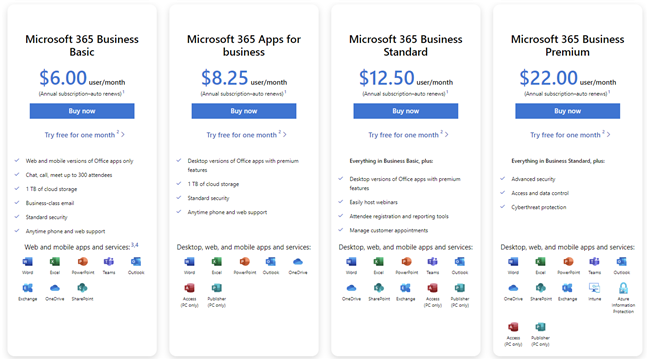 Microsoft 365 Business Basic (formerly known as Office 365 Business Essentials) is a subscription plan that includes the following web and mobile apps and services: Word, Excel, PowerPoint, Teams (up to 300 attendees to a chat, call, or meet up), Outlook, Exchange, OneDrive (1 TB of cloud storage), and SharePoint. This plan doesn’t include the Office desktop apps, and the price for each user is $6.00 per month.

You can read more about everything offered here: Microsoft 365 for business.

Microsoft 365 for enterprise, government, and schools

Microsoft 365 Enterprise and Microsoft 365 Government are the company’s offers for large companies and institutions, usually with over 300 users. Similarly, Microsoft 365 Education for Schools is addressed to schools and universities that have a lot of teachers and students. 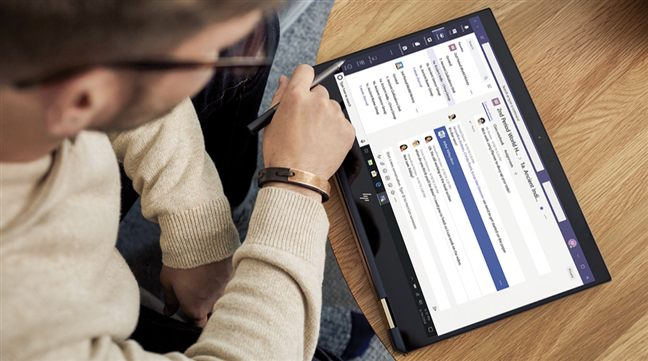 Microsoft 365 for enterprise, government, and schools

There are many different plans available for each, and everything is highly customizable in terms of apps and services included so that your company, institution, or school can choose in detail what it needs. Accordingly, the price per user varies and is likely negotiable. Here’s where to contact Microsoft Sales for further information: Microsoft 365 team.

Now you know what Microsoft 365 is and what it offers. You know what you get from it if you buy a subscription to one of its home plans, and you know what the business plans include. Is Microsoft 365 a good choice for you? Will you buy it for your home or business? Which plan interests you? Tell us more in the comments section below.

What is the Office app from Windows, and how to remove it?

What is OneNote & Why do I have two apps on my Windows PC?

How to install Microsoft Office on Android and iPhone