I have been a fan of the How-To Geek website for a long time. They've got a great mix of interesting articles, created by some of the liveliest and best-informed writers on the Internet (next to the crew from 7 Tutorials, of course). So it was only natural that I had high expectations for The How-To Geek Guide to Windows 8. Did the book live up to those expectations? Let's find out.

NOTE: The How-To Geek Guide to Windows 8 is only available in the Kindle format. They are investigating publication in other formats, but for now this is the only choice. If you don't have a Kindle (I don't) there are free Kindle apps available for reading in a browser, on a PC or Mac, as well as for several varieties of smartphones and tablets. You can find out about those here: Download Free Kindle Reading Apps. Also note that the How-To Geek web site says that the book is DRM free, but apparently it isn't, in the sense that you are locked in Amazon's platform.

Welcome to The How-To Geek Guide to Windows 8

It's hard to tell exactly how many pages are in the book, because readers can re-size it to suit their own preferences, but it's safe to say it's a long one. Amazon says it is 961 pages long. And, like Windows 8 Step By Step which I reviewed a few days ago, it's a book full of substance rather than a book full of fluff. It's as well written as the articles on the How-To Geek web site, and the authors clearly know Windows 8 inside and out.

Unfortunately, it appears that they didn't invest in a proofreader, because there are small errors in spelling scattered throughout—the kinds of things that a spell checker wouldn't notice, but a human proofreader would.

An introduction and an explanation

The book starts off with a common-sense explanation of Windows 8, and the philosophy behind this radical redesign. Although the authors acknowledge that Windows 8 appears to be created for a future where tablet style devices are much more common, that does not mean they shortchange the people who are still using standard input devices. In fact, the overall focus of the book seems to be a bit more toward keyboard-and-mouse than touchscreen, which I think is appropriate for the way computers are used today. The book also seems to assume that the reader will be starting with a computer with Windows 8 already installed, so the instructions for installing it are once again relegated to the back of the book. The introductory chapter moves briskly through a general overview of Windows 8, and assures the reader that the topics that are briefly covered in this chapter will be described in much more detail later on in the book (and they are). This should help the newcomer move quickly into this new interface with confidence. Like most computer books, The How-To Geek Guide to Windows 8 is designed to be read in any order (and the Kindle format makes searching for any specific topic easy) but newcomers to Windows 8 will almost certainly find it better to read straight through from the beginning. After the introduction, there are thorough and well-written chapters on personalizing Windows 8. As someone whose first priority with any new version of Windows is to change it to suit the ways I like to work and the things I like to see, I really appreciated this approach. Windows 8's Start screen and Desktop both offer a lot of options for personalization, and The How-To Geek Guide to Windows 8 walks the reader through them all. It shouldn't be difficult for anyone to have the screen of their dreams after reading these chapters.

I was surprised, however, to see Controlling Your Computer's Settings relegated to Chapter 9. Would that not be more appropriate at the beginning of the book? The chapter contains a wealth of information that I personally would rather have on hand immediately.

Apps from them, apps for you

The discussion of the Windows Store starts with those that can be added on by the user. I would have begun by discussing the built-in apps, because I think most new users will want to be familiar with what comes in the package before they move on to adding more apps from the store. The authors believe that some of the built-in apps are a little too basic, and that many readers will eventually replace them with better apps from the Store—which in my experience is very likely the way things will go. But I still think the discussion of the built-in apps should have come first.

Each of the built-in apps (Camera, Music, Photos, Video, Bing, Calendar, Finance, Mail, Maps, Messaging, People, SkyDrive, Reader, Games, News, Sports, Travel, and Weather) is described in detail, with plenty of illustrations so the reader can see what each app looks like and how to work it. This was one of many high points in the book. The apps are designed to be easy to use, but still, having illustrated instructions to look at should make them even easier.

Browsing the new way, or not

Experienced users will get quite a surprise when they see Internet Explorer 10. Windows 8 includes both a Desktop version and a full-screen version to be run from the Start screen. That's right, two versions of the same browser in the same operating system—one aimed at keyboard/mouse computer users and one aimed at tablet/touchscreen users. This kind of dual personality is bound to be confusing at first, the more so because the two versions of the browser work almost completely differently. The Desktop version is set as the default browser, which should ease the transition. There's a good section describing how to change the default browser, either for all things or only for certain things, which I think many experienced users will appreciate. As with the rest of the book, there are plenty of illustrations (I think anyone who's read any of my reviews already knows how much I love good illustrations). 🙂 I am also a big fan of personalization, and The How-To Geek Guide to Windows 8 explains in detail how to customize both versions of Internet Explorer 10, so nearly everyone should have a browser that looks and works perfectly after following the instructions. The explanations of pinning sites, keeping one's personal information safe, InPrivate Browsing and avoiding phishing and malware should be required reading.

The How-To Geek Guide to Windows 8 has an excellent chapter on using Search, explaining how to find apps, settings, and files, and how to use more advanced search techniques to make sure you get exactly the results you want. People may not recognize the term "Boolean Operators" going in, but they'll understand it completely once they're finished with this section. There's also an excellent section that deals with the Index, which will also help people figure out how to make their searches more efficient by adjusting the Index to the data they really want to search. There's also a thorough explanation of the many ways one can organize and re-organize files and data with File Explorer (the Windows 8 version of Windows Explorer) which should provide a solid foundation for ease of use. The illustrations of the ribbon interface were particularly good.

Making the connections, keeping them safe

The chapter on wired and wireless connections was as complete as nearly anyone could wish. Windows 8 has made the once-frustrating process of connecting to a wireless network almost foolproof, but there are still nuances to be explored and The How-To Geek Guide to Windows 8 takes the reader through them. The book talks about connecting to hidden networks right off the bat, which I found surprising. It didn't detract from the book, but perhaps non-hidden networks should have had higher priority. The reader is walked through existing network connections and also through installing and configuring a new network adapter. The chapter called "Protecting Your System From Disaster" covers security in great detail. A link to that chapter from the networking chapter would have been a good addition. This is where the discussion of Windows Defender, Windows SmartScreen, and Windows Firewall is found, and I must say that the section on Windows Firewall is one of the most comprehensive I've yet seen. There's also a good discussion of backups, System Restore, and the new File History, which is one of Windows 8's outstanding features. It used to be that people who wanted to make ongoing backups of crucial files had to buy third-party software to do it. Not any longer. Anyone who needs to make sure their work is safe will be overjoyed to see File History in action. The How-To Geek Guide to Windows 8 will help the reader have that up and running in no time.

The book concludes with a chapter that covers several more advanced topics, such as performance tuning, network tweaking, startup and recovery tools, and advanced system and drive management tools. Both experienced users and newcomers should find this chapter easy to read and easy to understand. The final chapter, "30 Tips for Using Windows 8 More Effectively," is almost worth the price of the book by itself. It builds on the information in the earlier parts of the book and shows the reader how to really make Windows 8 shine.

So what did I think about The How-To Geek Guide to Windows 8? Pros: 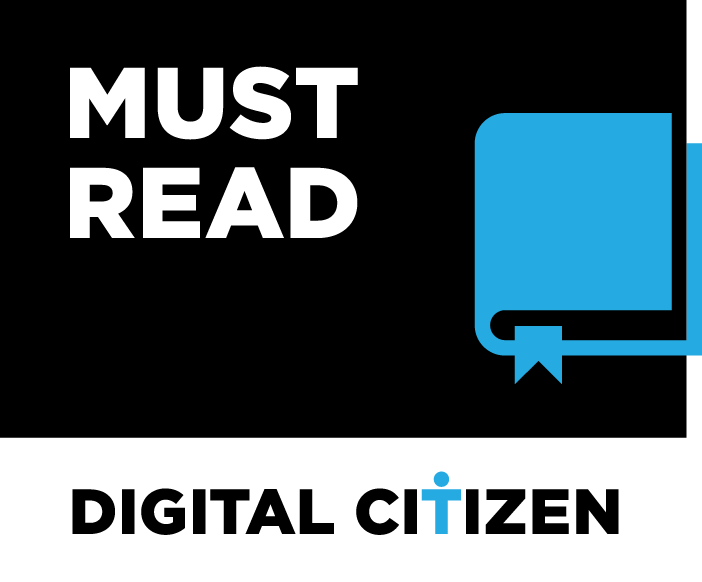 Even with the flaws I've mentioned above, The How-To Geek Guide to Windows 8 should be a valuable guide for just about everyone. The essentials of Windows 8 are clearly explained and the authors understand what's important for beginners and more experienced users. The $9.95 USD price makes it a bargain, and the free Kindle app makes it available to just about everyone. You can't go wrong buying this book.